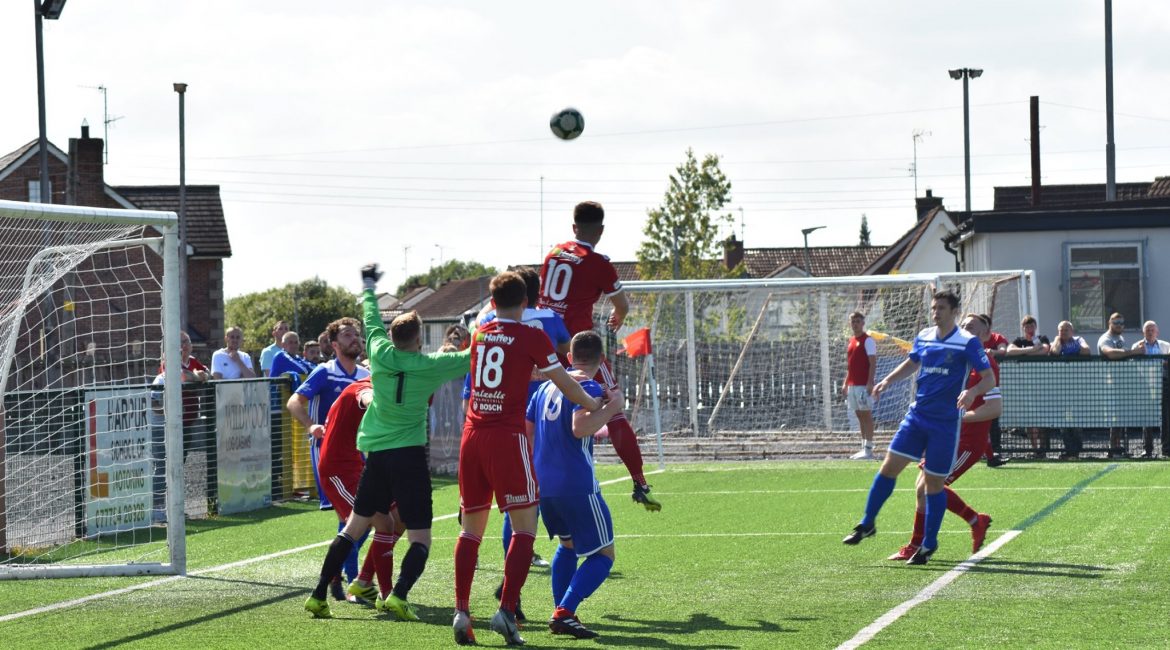 Portadown continued their Pre-Season friendly schedule when they welcomed Dollingstown to Tandragee Road in the final of the George Richardson Memorial Cup on Saturday afternoon. In what was a very competitive game against a stubborn Dollingstown side it looked like the deadlock was about to be broken after Christopher Crane was brought down in the box and the referee awarded a penalty, although Aaron Duke stepped up but put his effort wide of the post. A frustrating half continued as the Ports pushed to break the deadlock but where reppelled by a talented Dollingstown defence including ex Port Stephen Acheson.

The second half began with some changes and it was one of the substitutes who helped notch the Ports ahead when George Tipton whipped in another teasing corner delivery and Duke made up for his penalty miss by powering home a header. Dollingstown did not crumble though and could have had an equaliser if it was not for Paul Finnegan making a goal line clearance. The Ports took advantage of a more forward thinking Dollybirds side as Duke was put through on goal but squared it to his strike partner Callum Ferris who beat the keeper and slotted home coolly. A worthwhile test for the Ports who will square up with Dollingstown once again in the first round of the BetMcLean League Cup in August.

The Ports retain the George Memorial Cup for 2019 and they where presented with the trophy below by family of the late Ports stalwart (Nat Richardson, Darren Richardson & Paddy Richardson).