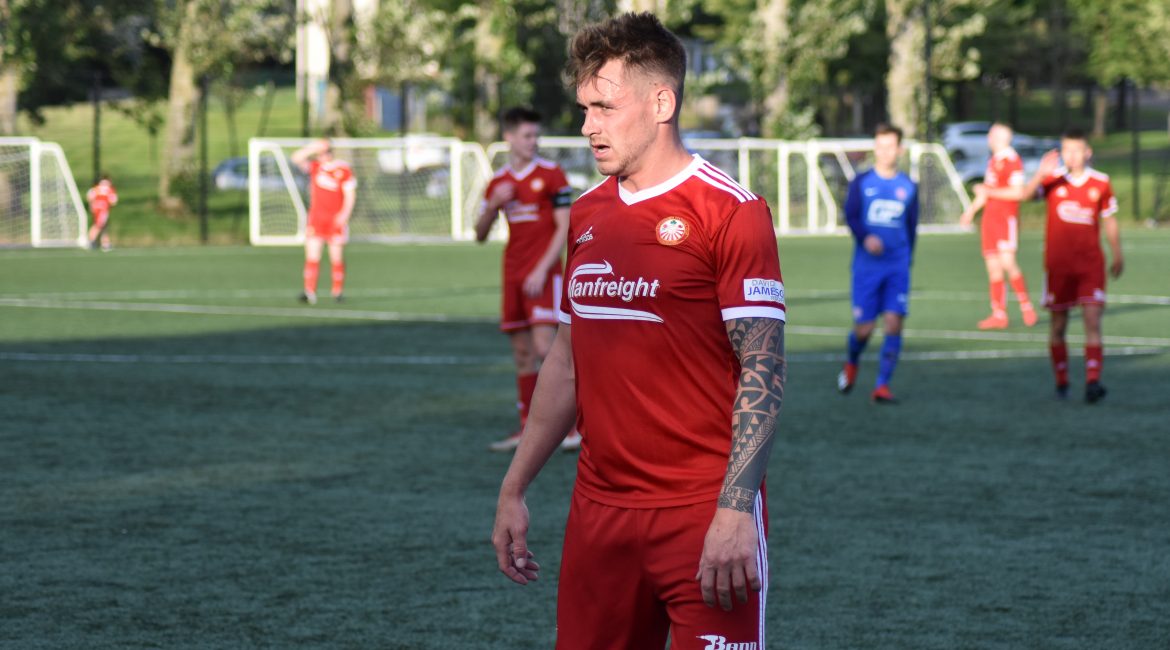 The Ports notched up another Pre-Season win as they travelled to Premier League side Dungannon Swifts, the home side got off to the better start but only created one real chance from distance that was parried away from goal by new signing Bobby Edwards. After 15 minutes the Ports adjusted and where relatively comfortable through out, created a number of chances in the first half through Carmichael, Ferris and Duke but where unable to get on the scoresheet before half time.

The second half started like the first finished as Ports looked comfortable in defence and the more dangerous side going forward and it was some good movement and play by Chris Lavery who dug out a great near post cross that was matched by a smart run and headed finish by Aaron Duke to nod home passed Sam Johnston in the Swifts net.

Again it was the Ports looking the dangerous side and the pressure paid off as George Tipton whipped in another great corner that was met by the rising Paul Finnegan who guided his header into the opposite corner of the net. A really worthwhile friendly for the Ports who will be encouraged by their all round display against a side competing a league higher this season. Next up is a trip to Ballynahinch Utd in Thursday 18th July with a 7.30pm KO.