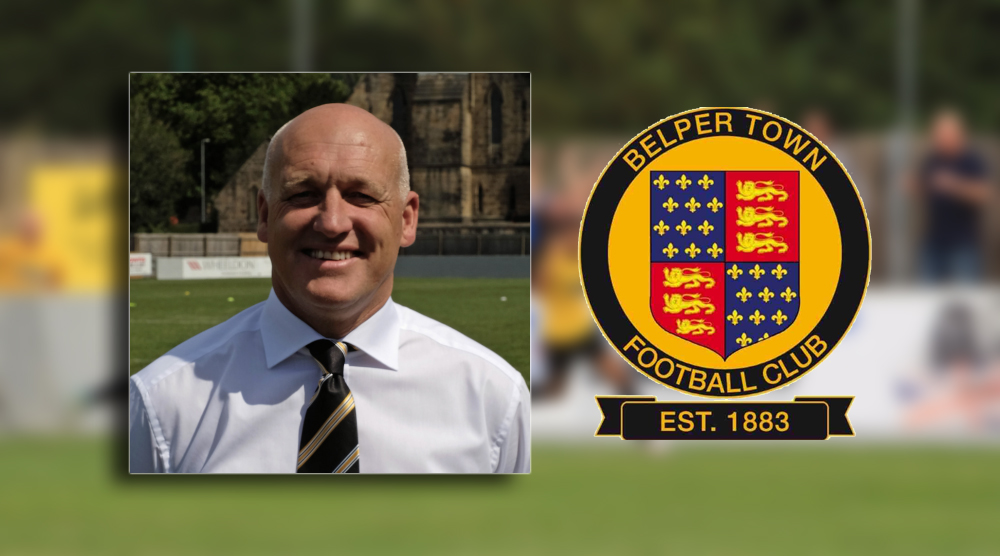 As we welcome Belper Town FC this coming Saturday to Shamrock Park, we got to ask the visiting chairman, Ian Woodward, a few questions regarding their trip over the Irish Sea.

First of all Ian, give us a quick snapshot of Belper Town? Where are you guys from etc?

We are based in Belper, Derbyshire, a market town with a population of around 25,000. The club was originally formed in 1883 and went out of business on a number of occasions before re-forming in 1951. We play at the Raygar Stadium, a small ground with a capacity of around 2,800.

We are a semi-professional club with average attendances of around 300.

How did this connection come about with Portadown FC?

My Mum was born in Tandragee and her cousin Walter Thompson once played for Portadown FC and Northern Ireland along with his brother Reggie, she still has family in Laurelvale so we are regular visitors to the area and we try and get to a Portadown game when we are over visiting, some of our other family members have been regular visitors to Portadown games for many years and will also be joining us this Saturday from England.

You are Chairman of the club and seem to have a really well run club with a lot of volunteers, what would you say your club is built upon?

Yes and it is a role I am fully committed too and enjoying so much, we are in the process of creating stadium facilities which for this size of club are 2nd to none, we want to give the players and supporters something to be proud of for many years to come, we are very much community-focused with a friendly reputation and famed for our hospitality to visiting teams and supporters. Our emphasis is on people enjoying their football, whether playing or spectating, and involvement with like-minded people. Our volunteers and supporters are the bedrock of our club – without them we would be nothing.

Your Pre Season began a few weeks ago and you have notched up some high scoring wins so far, what are your aims for this upcoming season under manager Grant Black?

We have recruited quite a decent squad of players this season – in marked contrast to last year when the playing squad was built totally from scratch. We’d like to think that we will be good enough to reach the play-offs this season and, if fortune favours us, perhaps one of the automatic promotion slots. However, we acknowledge that all teams probably have the same ambition.

Is a Pre Season trip something you would do each year or is this your first venture?

This is our first match outside of the UK mainland. We have played in Scotland and Wales previously, when Gretna and Colwyn Bay respectively, were in our league. We have played one match against European opposition when DVV Duiven (from Holland) were visitors to Belper in 2006.

What is your club looking to gain out of this trip across the Irish Sea?

We are hoping to build some lasting relationships with Portadown FC and strengthen the ties between our two clubs. The trip will also give us the opportunity to build up camaraderie and friendship amongst our players, particularly the new signings this year.

Your club has teams the whole way down from senior men’s to under 7s as well as Ladies seniors and juniors. Is the Nailers Academy something your club prides itself in?

We have junior teams aged from 7-18, two ladies teams and a full-time football academy which this season will have two teams. The academy is primarily educationally based (as the funding comes from that source) with the football being the key to attracting students. We also have a number of degree students in the programme. As you say, it’s something that we are very proud of.

Who would you say the danger men are that the Ports fans should look out for in the Nailers side this coming Saturday?

I guess it is always the forwards who are regarded as dangermen so I would say that George Milner will be worth watching and also the versatile  Danny South if he swaps his usual defensive role to that of a target man. New recruit, Ellis Wright is a very agile and smooth running player who will hopefully catch the eye in midfield.

On behalf of everyone at BTFC, I would like to thank you for arranging this friendly and we look forward to seeing you all over the weekend.

Saturday’s game v Belper Town FC is at Shamrock Park with a 3pm Kick Off. Admission is £5, Concession is £3.