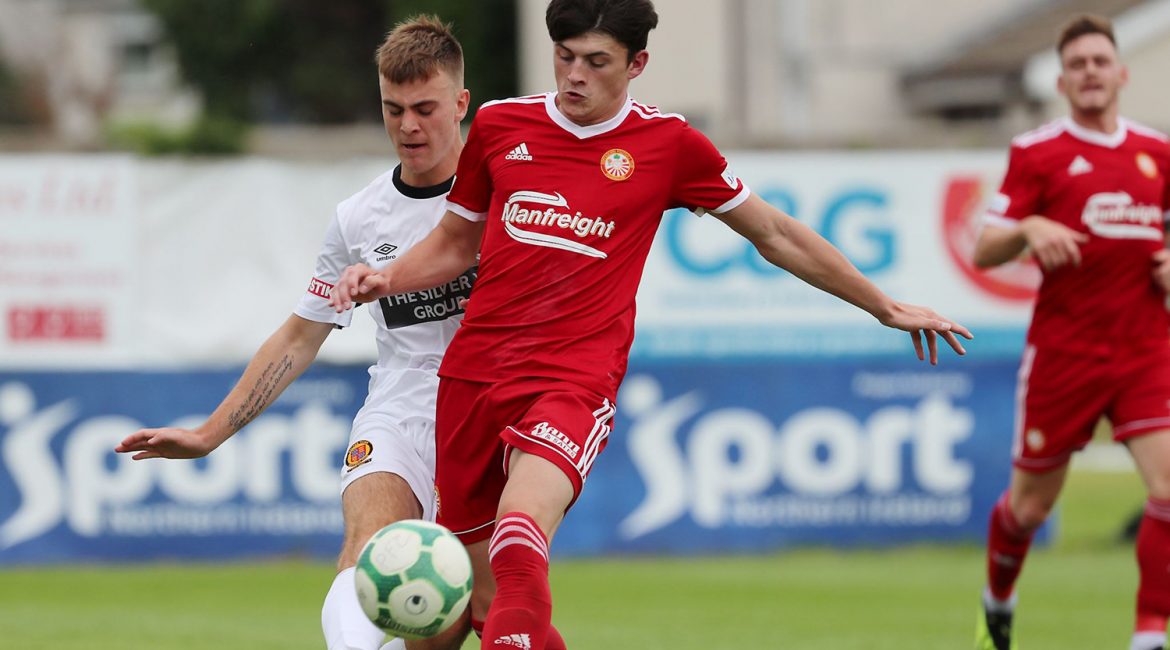 Portadown are pleased to announce the signing of young striker, Lee Bonis to the club.

The 19 year old, who played for Seagoe FC last season came up through the youth system at Portadown FC but left the club for a 2 year spell. Bonis scored an impressive 50 goals last year for Seagoe and has since impressed Ports manager Matthew Tipton in pre-season as a trialist which has prompted the boss to further strengthen his options up front.

Matthew had this to say regarding the signing:

I’m delighted to announce that we have signed Lee Bonis. Lee has been in with us for the past few weeks and has played in some of our matches. What we have seen has more than impressed us and we all feel that he offers us something different in our attacking options. Lee scored 50 goals last season so he certainly knows how to find the back of the net and hopefully he finds that form with us.