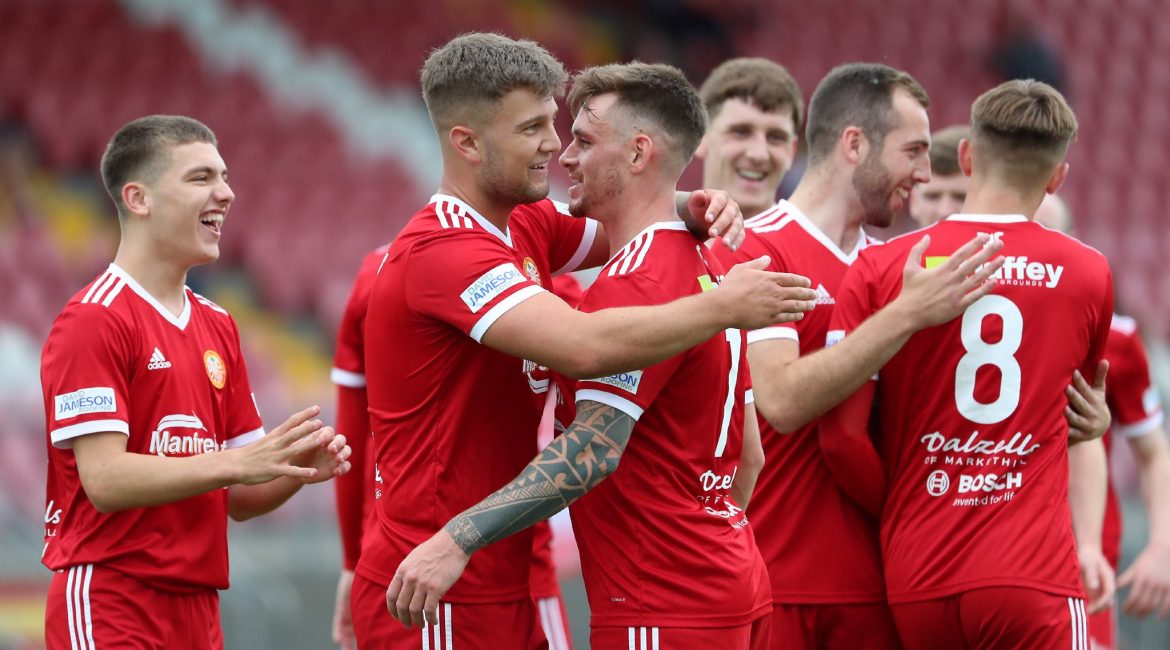 Ports welcomed Belper Town to Shamrock Park as they made the trip from Derbyshire, England to face the Ports as part of their Pre-Season schedule. The game was very competitive from the outset with the visitors showing they had the physicality to match up to the home side and took the lead through Derry Robson as he smashed home from inside the box. It didn’t take long from Ports to get back to level pegging when Paddy McNally found Greg Hall who delivered a wicked ball across the box that Belper Town captain Danny Short could only divert into his own net.

The Ports then took the lead as Chris Lavery waltzed around his marker then finished with aplomb as his found the opposite corner of the net from a tight angle. Belper Town threatened the again but where denied by some solid stops from Bobby Edwards while Ports will feel they could have extended their lead through Ryan Carmichael and Luke Wilson.

It was the Ports who got the next goal as Lavery clipped in a great cross that Adam Salley was able to get in front of his marker to nod home. Salley was unlucky soon after as his long shot thumped off the crossbar and Ports also had some good chances through Wilson and Marty Bradley.

Portadown play next again tomorrow (23rd July) against Comber Rec at Parkway with a 7.15pm kick off. Ports final friendly will take place on 27th July at Shamrock Park where we welcome Coleraine.