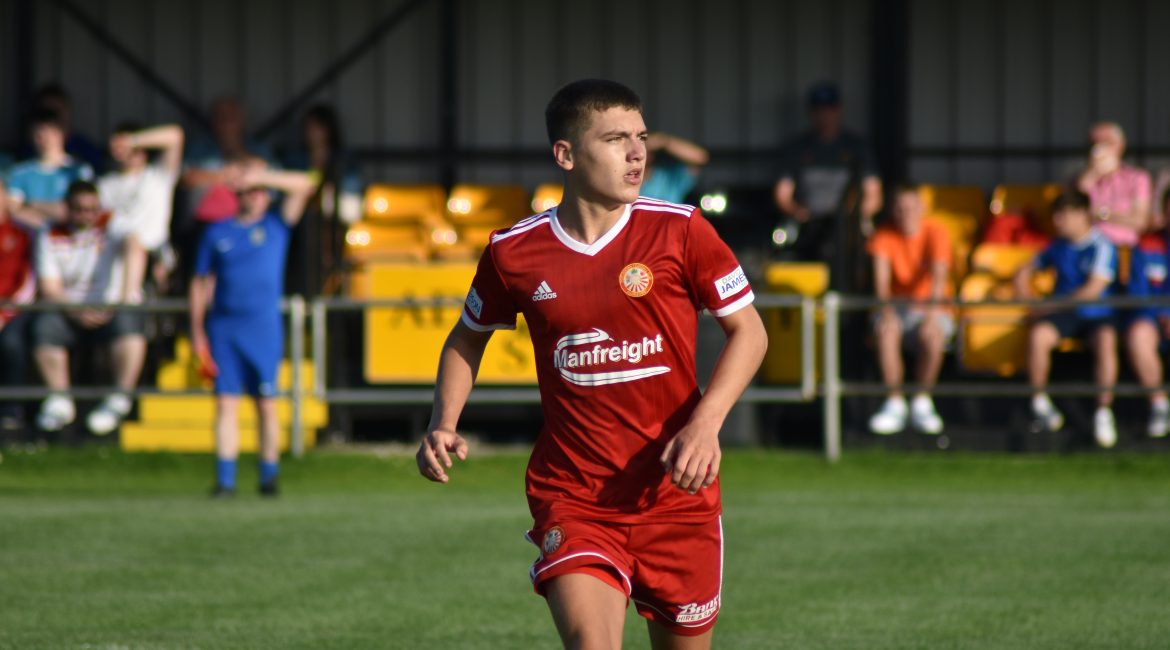 Ports continued their Pre-Season preparation as they visited Parkway to take on Comber Rec and got off to a good start, taking the lead as George Tipton delivered a great free kick into the back post where Paddy McNally rose highest to nod home. The Ports extended their lead when Tipton’s quick free kick found Adam Salley whose wicked low cross found a trialist striker who finished from 5 yards.

Comber almost got back into the game when they where awarded a penalty but the attempted Paneka penalty was read by Bobby Edwards who saved easily. The Ports extended their lead as Ryan Carmichael beat his man on the wing and dribbled into the box before being tripped and the referee pointed to the spot, up stepped Salley who made no mistake to give the Ports a 3-0 lead.

Comber Rec got a goal back in the second half as Edwards makes a good save from a header but the ball falls to a Comber Rec forward who headed home from close range. The home side got another chance from the spot but once again they where thwarted by Edwards who diced low to his right hand side to push the ball away from goal. The Ports then marched up the other end of the field as Marty Bradley played through Lee Bonis who finished passed the home keeper to give the Ports back their 3 goal lead.

Next up for the Ports is the visit of Coleraine on Sat 27th July to Shamrock Park for a 3pm kick off in the final Pre-Season friendly of the summer.