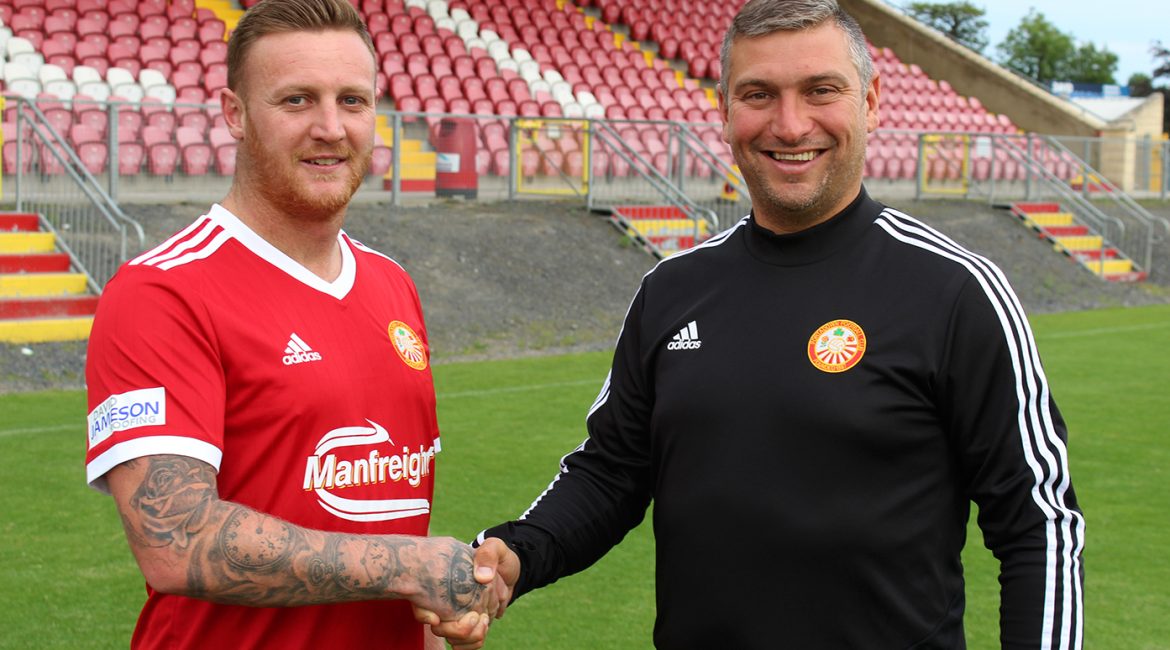 Millar came through the youth system at Glasgow Rangers before moving on to clubs including Motherwell, Gretna and Clyde as well as teams lower down the Scottish football pyramid such as Whitburn, Broxburn & Bellshill Athletic, he’s also been capped at youth level with Scotland up to under 19’s.

30 year old Millar, who is based in Lurgan, signs for the club following 3 goals in 2 appearances as a trialist in pre season.

“Gary has been training with us for the past two weeks and has shown more than enough for us to sign him. Gary has recently moved here from Scotland where he played for numerous clubs including Glasgow Rangers, Motherwell and Clyde as well as various junior teams where he has had a tremendous goal scoring record.

He’s shown us already that he has the knack of being in the right place at the right time.”