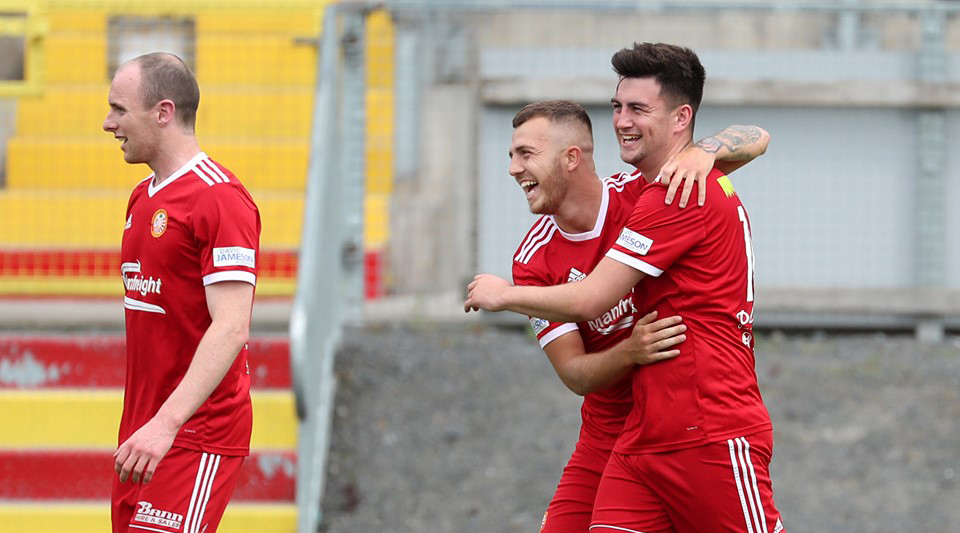 Ports got their 2019/20 home league campaign off to the perfect start at Shamrock Park as they beat Ballyclare Comrades 5-0. The first goal came as Christopher Crane and Chris Lavery combined on the left hand side to work some space for Crane who whips in a tantalising cross for Aaron Duke to apply a finishing touch from 4 yards. The Ports got a quick second 4 minutes later when Ryan Carmichael found some space on the right wing and he fired a low cross to find an unmarked Lavery to finished into the roof of the net from 7 yards.

The second half started and it didn’t take long for the home side to extend their lead as Lavery was again instrumental as his inch perfect cross found the leaping Duke who powered home his header from close range. The rampant Ports didn’t stop there as Stephen Teggart, who looked dangerous all night, got on the end of a cleared corner and whipped in a dangerous near post cross that was met by Paul Finnegan’s glancing header that went in off the far post after 74 minutes. A confident home side then ended their scoring with the show piece goal of the night, substitute Brendan Glackin earned a free kick through his busy play and up stepped local boy Duke who thumped home a cracking 25 yard free kick into the top corner giving the visiting keeper no chance. What a way to round off a great night’s football for the home side with local boy Duke stealing the plaudits with a well taken hat trick.

The Ports will be hoping to carry this form into Saturday’s game as they welcome Ballinamallard United to Shamrock Park for a 3pm KO.

The league table is as follows after the first two games of the season: