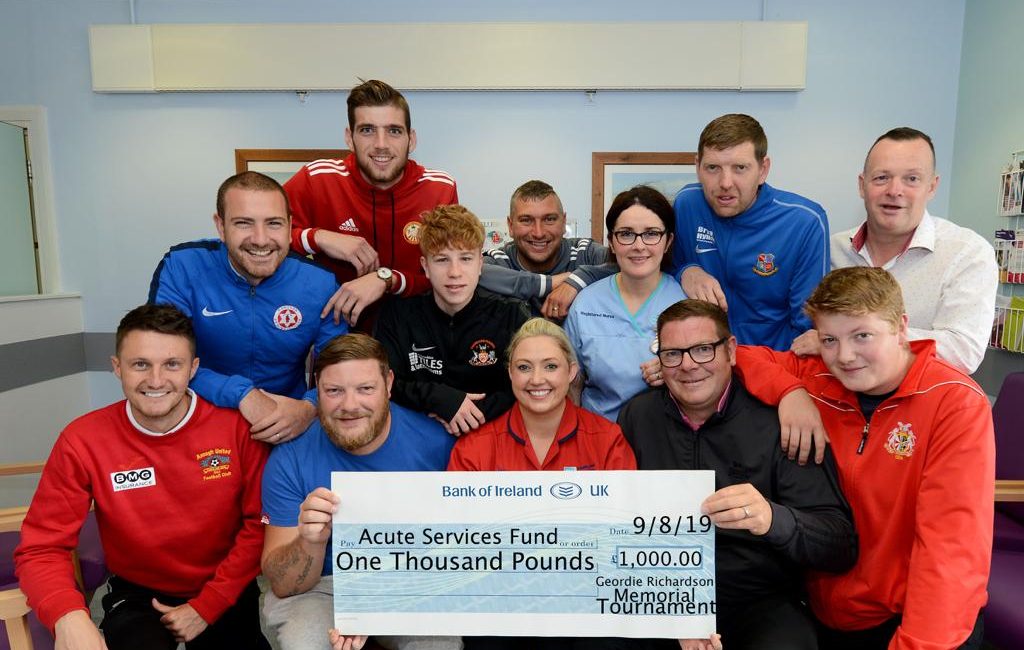 The goal of the tournament is to raise money for the important work that is carried out at the Mandeville Unit in Craigavon Area Hospital. Proceeds of the tournament were donated to the hospital on Friday with club representatives from the participating teams presenting the cheque of £1000.

Portadown Football Club would like to put on record a huge thanks to all clubs (Hanover, Dollingstown, Tandragee Rovers, Richhill, Annagh United, Laurelvale and Seagoe) as well as supporters involved in the running of this tournament in memory of George and for supporting this vital cause.