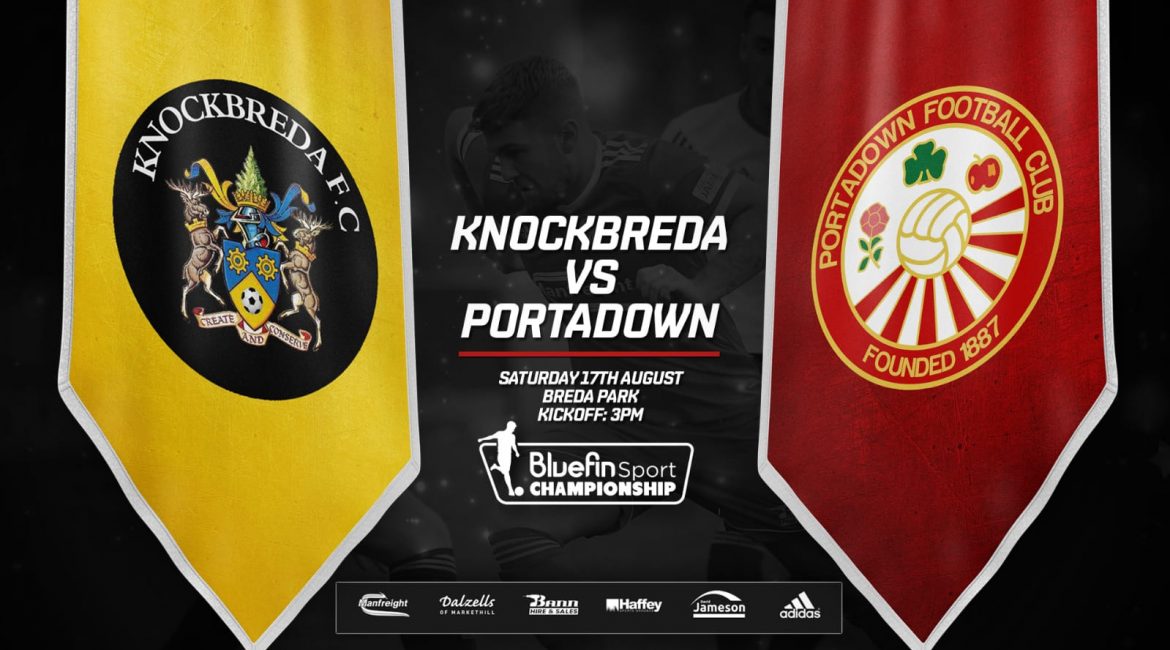 Following on from last Saturdays disappointing defeat to Ballinamallard United at Shamrock Park Portadown travel to Breda Park to take on Knockbreda on Matchday 4 of the 2019/20 Bluefin Sport Championship (3pm) kick off.

Ports manager Matthew Tipton will be hoping for a vast improvement from his Portadown team after last Saturdays reverse and as a result could reshuffle the pack after only one change from his starting XI in the opening 3 Bluefin Sport Championship games, that change being enforced with Marty Bradley coming in last Saturday for the injured Ryan Carmichael who remains a doubt after suffering soft tissue damage in the 5-0 victory over Ballyclare Comrades on Tuesday 6th August.

Portadown have had a mixed bag of results in their opening 3 league games with a draw against Loughgall, an empathic 5-0 victory over Ballyclare Comrades at Shamrock Park and then last Saturdays disappointing defeat to Ballinamallard United, on the other hand Knockbreda come into the game on the back of a 3-2 defeat to Queen’s University on Tuesday evening after a 7-1 hammering by Ballyclare Comrades in the Bet McLean League Cup the previous Saturday. Prior to that Knockbreda had an impressive 1-0 victory over Ballinamallard United at Ferney Park on the opening day of the season before losing to 2-0 to Dundela at Breda Park in their second league game.

Last seasons corresponding fixture at Breda Park seen the Ports come away with a 2-2 draw, Ports had lead twice during the game through goals from Darren Murray and Adam McCallum but ended up coming away with a share of the spoils after seeing Greg Hall receive a straight red card when he was adjudged to have fouled a Knockbreda player when through on goal.

Breda Park is also the place where a fifteen-year-old Alberto Balde, before his move to Middlesbrough, found the net for the first time in senior football for the Ports in our 2-1 win against Knockbreda back in November 2017.

For those travelling by car the address is Breda Park,  31-35 Upper Braniel Road, Belfast, BT5 7TX.

Richhill Reds – 1:30pm from the Square in Richhill & 1:40pm from the Property Spot in Portadown 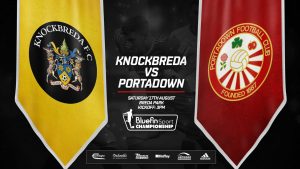