Ports fight back to earn pulsating victory over Ards 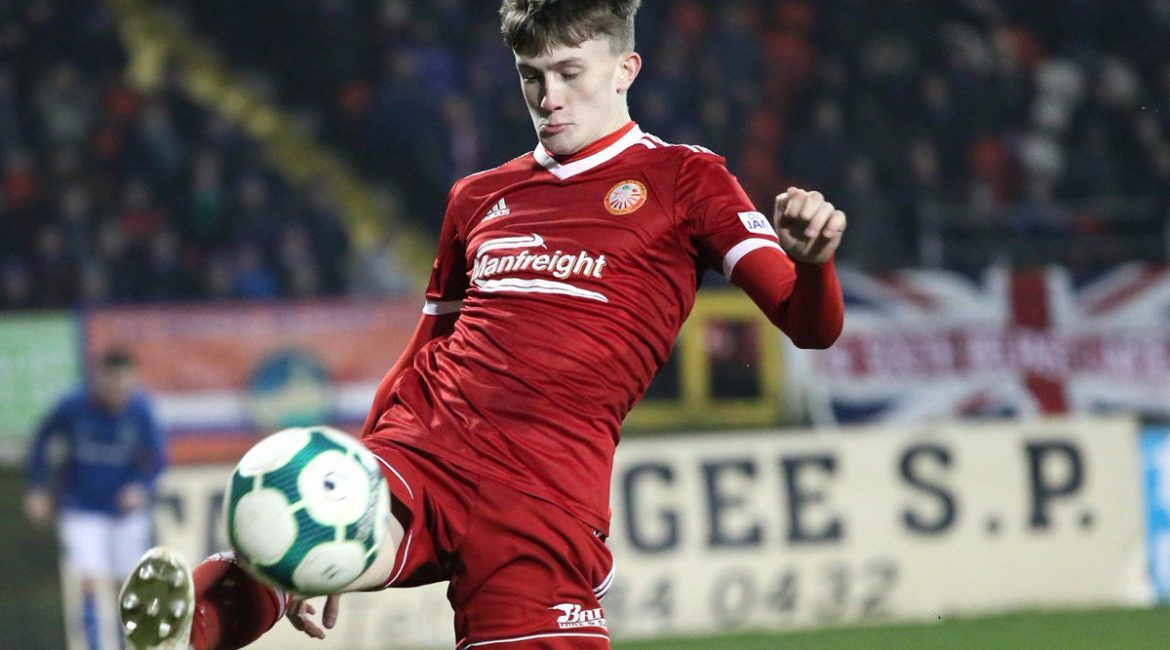 Portadown staged a remarkable second half comeback on Friday night to defeat Ards at the Bangor Fuels Arena.

Ards took an early lead when former on loan Ports midfielder Craig McMillen nodded in after five minutes, he then grabbed his and Ards second just after the half hour mark when he converted a David McAllister cross past the despairing Ports shot stopper Edwards.

Ports manager Matthew Tipton took steps at half time to change the flow of the game and replaced Adam McCallum with Ryan Cramichael at the break, a move which was to totally change the course of the game.

The Ports pulled a goal back within a minute of the half-time break after Conall McGrandles saw his initial free-kick, won by substitute Carmichael, blocked by the wall before picking up the rebound and firing past Brian Neeson from 20-yards via a deflection.

It wouldn’t take long for McGrandles to grab Portadown’s equaliser when his curling set piece found the bottom corner after Carmichael was again fouled just outside the box.

Remarkably, just after the hour, the visitors moved in front when Carmichael squared the ball into the path of Stephen Teggart who coolly proceeded to slot the finish beyond Neeson to grab his first goal for the Ports since his summer move from Newry City AFC.

It was just rewards for Carmichael who got his name on the score sheet deep into stoppage time with a great solo effort after winning possession in his own half, carrying it forward, beating a defender and coolly slotting home Portadown’s fourth to cap a superb second half showing .