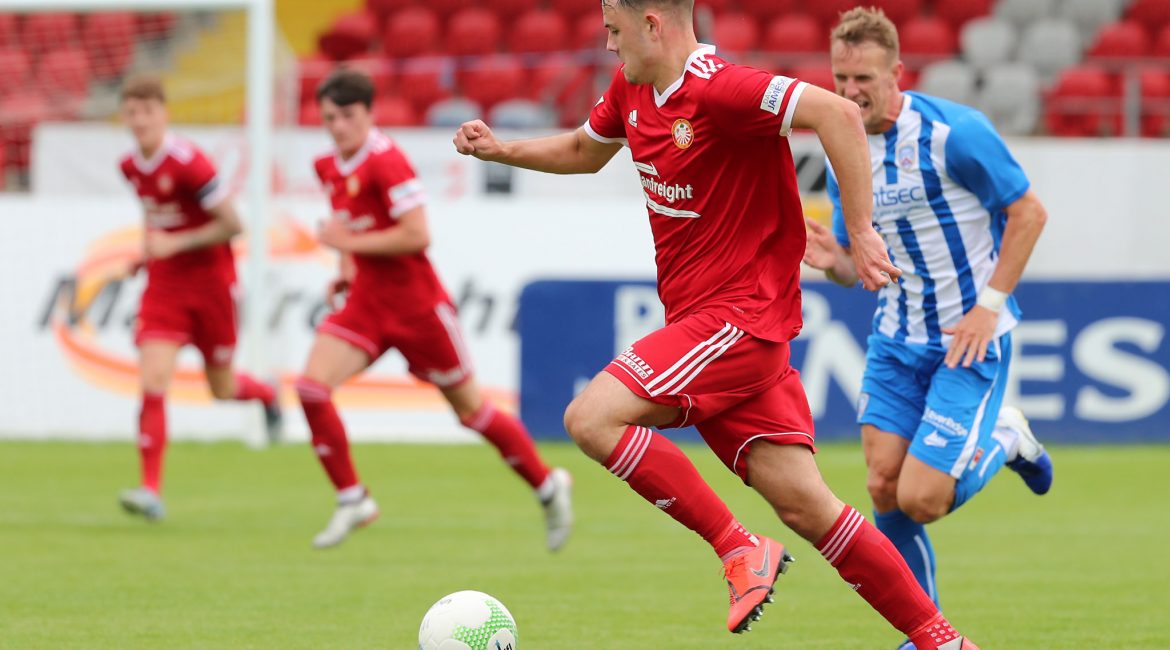 Today we are pleased to reveal that 18-year-old Ports striker, Callum Ferris, has been called up to the Northern Ireland Under-21 squad for their trip away to Finland on Tuesday 10th September.

Callum has been with the NI U19 set up for the past week as they took on the Faroe Islands in a double header in Dungannon and Newry respectively. Callum made appearances in both fixtures, starting the first and coming on as a substitute in the second, rounding off a total of 3 goals in 2 games for the U19s.

Having impressed during the week with his good performances, he has earned his call up and will travel to Oulu, Finland where the NI U21 squad will take on the Finnish U21 squad at the Raatti Stadium.

“I’m delighted that Callum has had this recognition for his performances for the U19s. Callum is a young man of considerable talent who we are trying to nurture as best as we can. He’s had a lot of highs and lows already in his young career and hopefully this call up will boost his confidence and performances for us.”

Ferris is no stranger to the Northern Ireland camps having featured with the underage set ups throughout all his time coming up through the Portadown Youth system as a youngster.

This week, Portadown Youth will again be in the spotlight as the Portadown U20 squad will feature 6 players who have been with Portadown since they were 5 years old, further solidifying the position as one of the top youth football academies in Northern Ireland.