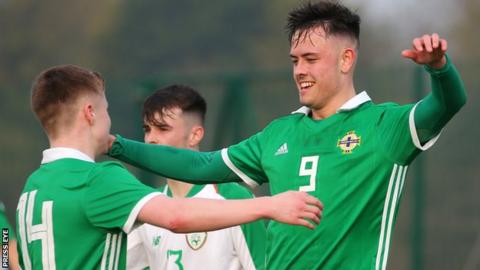 Congratulations to 18 year old Portadown striker Callum Ferris who made his Northern Ireland U21 debut in their 1-1 draw with Finland U21s on Tuesday 10 September in a UEFA European Championship qualifier.

Callum came off the bench with just under a quarter of an hour remaining to replace Dunfermline Athletic’s Lewis McCann to cap off quite a few days for the Ports striker who had bagged two goals last week for Northern Ireland U19s against the Faroe Islands at Stangmore Park.