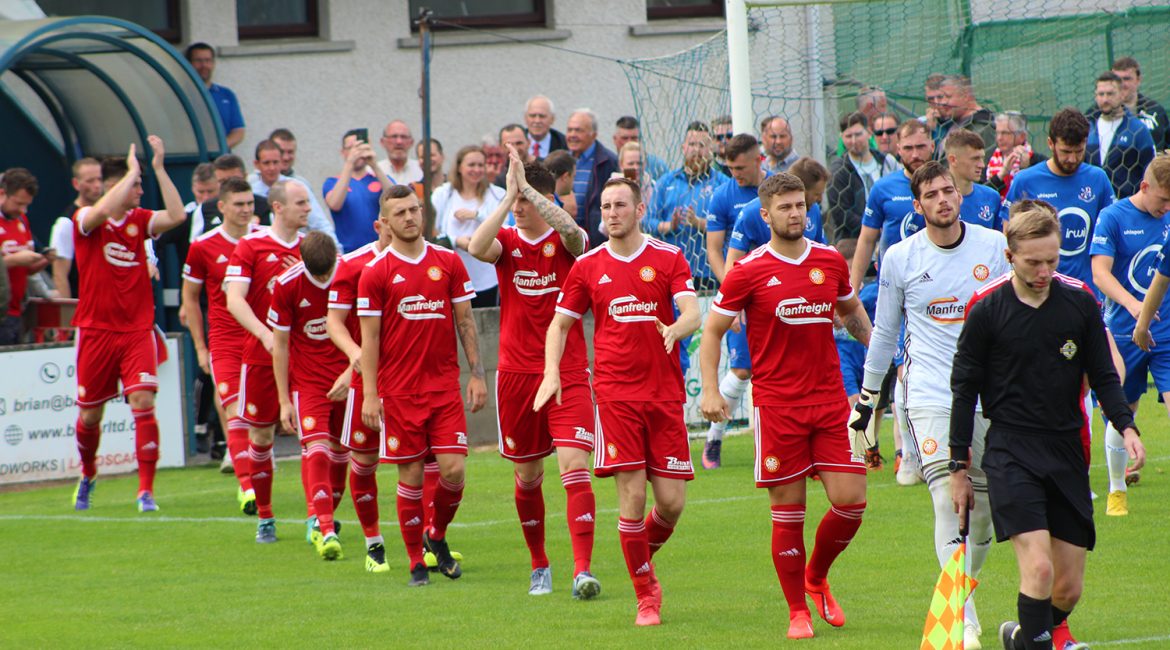 Portadown return to Bluefin Sport Championship action this Saturday (14 Sept 19) when we take on Queens University at Shamrock Park (3pm kick off), the first time the clubs have met in a competitive fixture.

The Ports are coming off the back of a 6-1 drubbing by Annagh United in the Mid Ulster Cup in midweek however little if anything can be read into that result as none of the players who featured started against Dundela the previous Saturday with the manager opting to give fringe players game time and several youth players experience in midweek. The Ports finished with ten men against Annagh United following the sending off of Liam McKenna and a defence consisting of two 15 year olds and a 16 year old so it’s expected manager Matthew Tipton will totally overhaul his side for this vital Bluefin Sport Championship game against Queens University.

Portadown will be without Chris Lavery as the manager confirmed today that the winger has sustained a grade 1 medial ligament tear which will see him sidelined for up to a month while Liam McKenna is suspended following his sending off against Annagh United, on the positive side Callum Ferris should return to the squad following Under 21 international duty with Northern Ireland while Marty Bradley got minutes under his belt in midweek after missing the last several games with injury so should be vying for a return to the squad along with last weeks absentee Stephen Teggart.

Queens University have had a tough start to Championship life following their promotion from the Premier Intermediate League with only three wins in their opening seven league fixtures and are coming off the back of a 4-0 home defeat to league leaders Loughgall, they also suffered a 5-0 defeat to Ards in midweek in the County Antrim Shield.

The Portadown defence will look to be continuing their impressive early season form which has seen them keep more league clean sheets so far this season than they did in the whole of our 2018/19 Bluefin Sport Championship campaign.

PSS Man of the Match Sponsor – Sure Recruitment