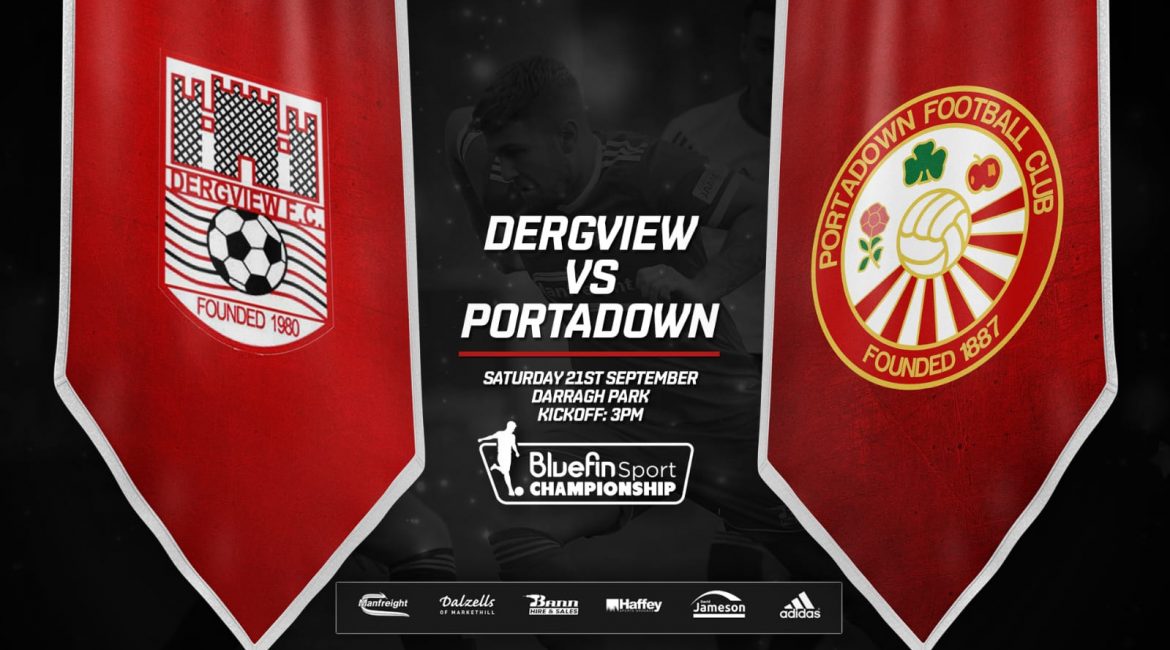 Portadown return to Bluefin Sport Championship action this Saturday (19 Sept 19) when we make the trip to Castlederg to take on Dergview at Darragh Park (kick off 3pm).

The Ports are coming off the back of five straight league victories which has propelled them to the top of the Bluefin Sport Championship and manager Matthew Tipton will be hoping that that runs continues on Saturday.

Portadown will be without Chris Lavery who has sustained a grade 1 medial ligament tear which will see him sidelined for up to a month however Liam McKenna is available again for selection again after suspension while Marty Bradley, who got the assist for Callum Ferris’s goal last week, will be looking to continue his comeback from injury after his substitute appearance against Queens following several weeks on the sidelines.

Portadown in form striker Lee Bonis, who has picked up the PSS Man of the Match award in each of his last two matches and scored five in his last five league games, will be hoping his hot streak continues on Saturday as he quickly establishes himself as a vital part of the Portadown team and a fan favourite on the terraces following his summer move from Mid Ulster League side Seagoe.

Dergview have had an inconsistent start to this seasons Bluefin Sport Championship with three victories in their opening eight league games however those victories have come in the games against the front runners for promotion in the form of Ballinamallard United, Ards and Newry City AFC therefore the Ports will have to be at their best to get the better of Ivan Sproule’s side who have also yet to taste defeat at Darragh Park in the league this season.