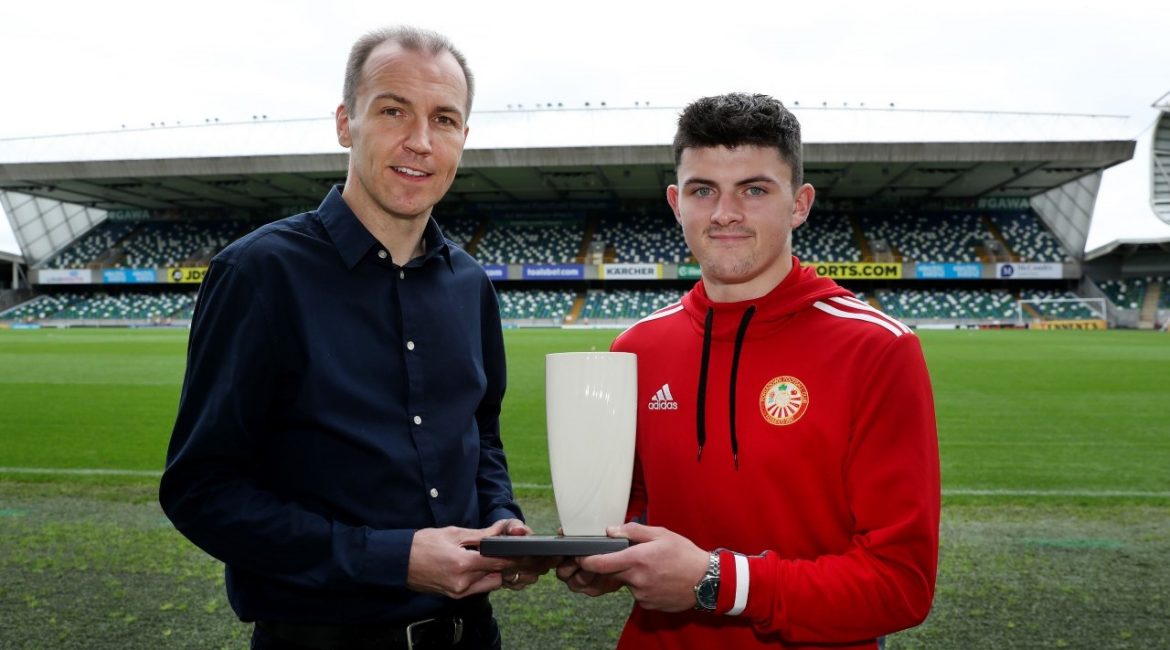 Portadown striker Lee Bonis has been named Championship Player of the Month for September by NIFWA.

Bonis bagged four goals in the month as the Ports moved to the top of the Bluefin Sports Championship.

“It was a big step up coming to Portadown and playing in this league. I didn’t expect to get into the first team so soon but the players have made it easier for me. I just try to take my chances when they come to me and it has gone well so far.

“I think we could win the Championship this year, but there’s a long way to go.”

A super start and well earned award for the young Portadown striker.

Lee and the rest of the Portadown team now set their eyes toward Newry City at Shamrock Park tomorrow night (Friday 4th October).