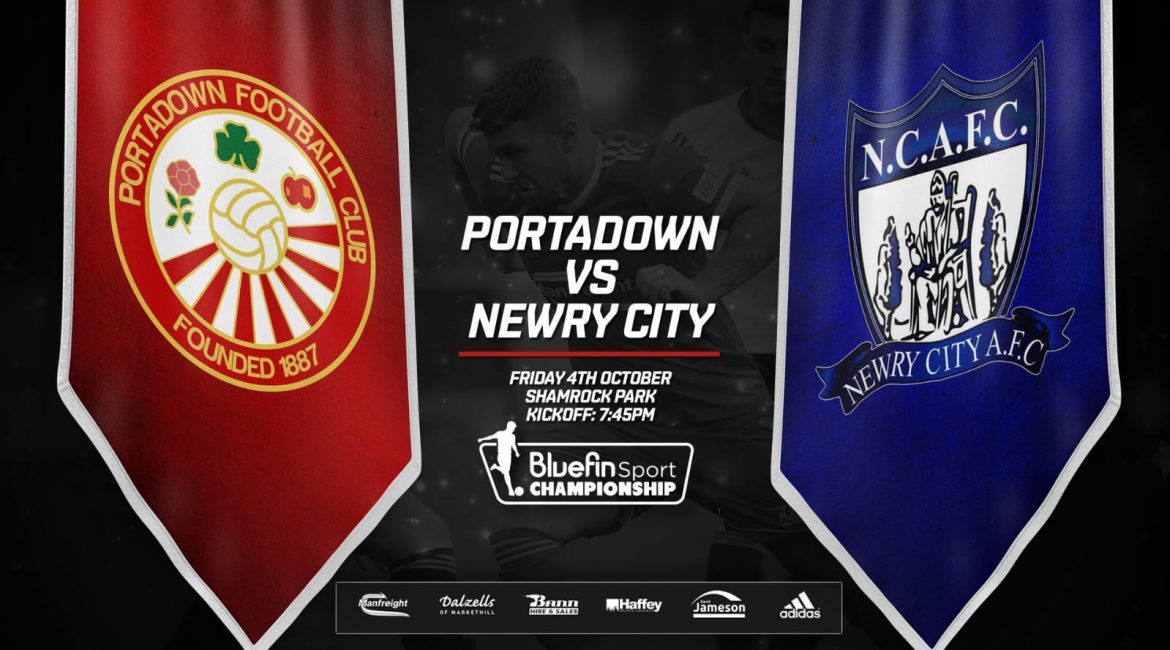 Portadown are back in Bluefin Sport Championship action this Friday night (4 October 19) when we face Newry City AFC at Shamrock Park (7:45pm).

Portadown will be without the suspended Chris Crane who picked up a straight red card in Saturdays victory over the PSNI with the versatile Liam McKenna expected to come in to deputise at left back while Chris Lavery remains sidelined with a grade 1 medial ligament tear which has seen him miss the last three Championship games, the Ports will however have the NIFWA Championship Player of the Month in their squad for Friday nights game after Lee Bonis picked up the award for September on Thursday morning.

Newry City AFC have found it difficult to adjust to life back in the Bluefin Sport Championship following their relegation from the Premiership with only four wins in their opening ten Championship matches with three of those four Championship wins coming away from home, they’ve also won their last two Championship games, against Queens University and Ballyclare Comrades, so the Ports will have to be at their best as resurgent Newry City AFC try to put a run together to climb the table and mount a promotion push.

Players appearing for both Portadown and Newry City AFC has been a recurring theme down through the years with multiple players donning both the red shirt as well as the blue and white including Mickey Keenan, Raymond Byrne, Robert Casey, Marty Magee, Joey Cunningham, Gary Peebles, Trevor Smith, Darren Murray, John Convery, Cullen Feeney and Adrian Larkin.

The last meeting between the two sides came in the Bet McLean League Cup last season at the Showgrounds when the Ports progressed on penalties after a 1-1 draw after extra time while the last meeting between the two at Shamrock Park was a feisty affair with both teams reduced to 10 men at half time while Ports manager Tipton was also dismissed from the dugout as the Ports ran out 2-1 winners.

Odds on the game against Newry City AFC via Toals Bookmakers with markets including first goalscorer, correct score, amount of goals and many more are available via the link below: