Bonis wins O’Haras Player of the Month for September 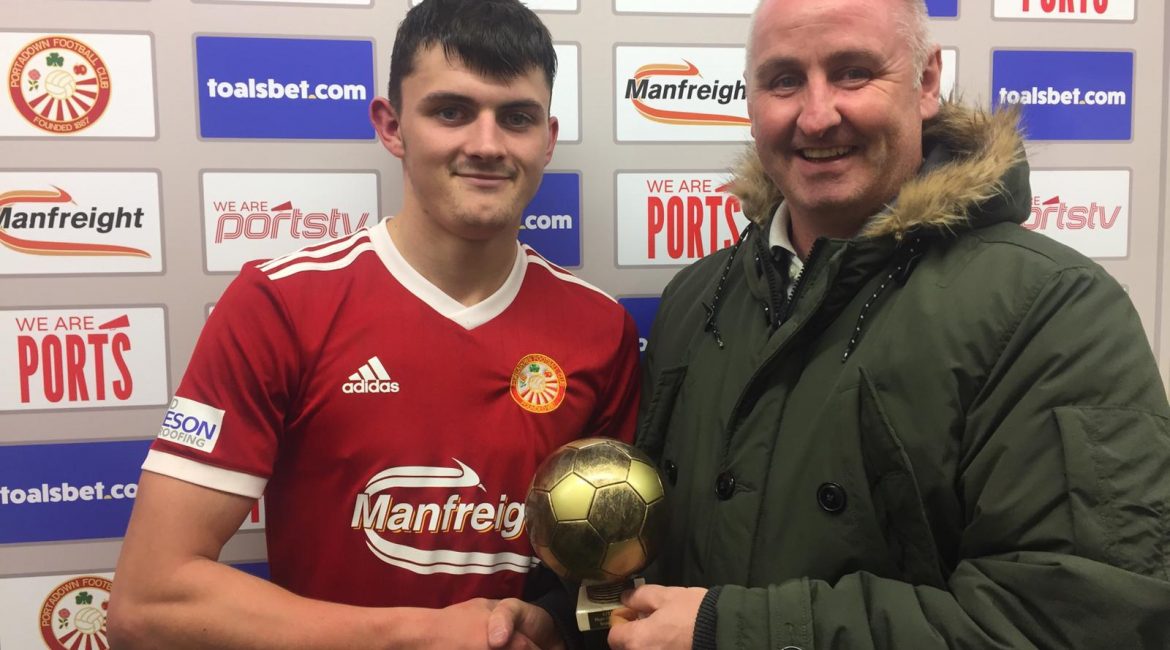 Congratulations to Portadown striker Lee Bonis who supporters chose as their O’Haras Player of the Month for September 2019.

Bonis made four appearances for the Ports in September scoring four goals.

Lee can add this award to the NIFWA Championship Player of the Month which he also won this month.

Portadown Legend Robert Casey can be seen presenting Lee with his O’Haras Player of the Month award below after Friday nights game with Newry City AFC.