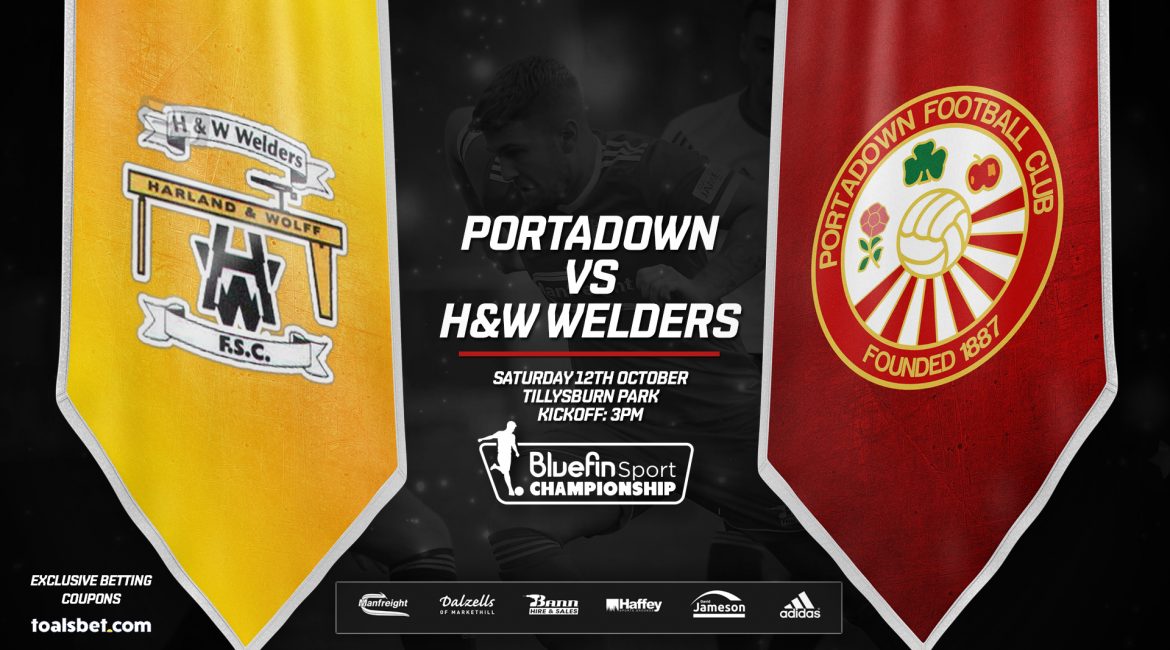 Portadown are back in Bluefin Sport Championship action this Saturday (12 October 19) when we travel to Tillysburn Park to face H&W Welders (Kick Off 3pm).

Portadown are still without the suspended Chris Crane with Liam McKenna expected to continue to deputise at left back while Chris Lavery remains sidelined until November at the earliest with a grade 2 medial ligament tear.

H&W Welders have had a difficult start to their 2019/20 Bluefin Sport Championship campaign with only two victories so far this season with their last Championship win coming back on 17 August when they beat Queens University 2-1 at Tillysburn however they have had impressive showings in both the County Antrim Shield and Bet McLean League Cup this season with victories in those competitions over Premiership opposition in Carrick Rangers (Co.Antrim Shield) and Warrenpoint Town (League Cup).

Last time out in the Bluefin Sport Championship H&W Welders were on the end of a 4-1 defeat against Loughgall at Lakeview Park however it’s the Welders home form that has seen them at their best this season with their only defeat at Tillysburn Park in their five home games coming against Ballinamallard United so the Ports will have to be at their best to come away with the points on Saturday.

Portadown have only lost to the Welders once in our last 12 meetings, that being a 3-2 defeat at Tillysburn Park in September 2017 and our last visit to Tillysburn Park in the Bluefin Sport Championship seen us run out 6-0 winners back in February 2019.

The last meeting between the two sides came earlier this season when the Ports run out 2-0 winners at Shamrock Park back in August through goals from Lee Bonis and Greg Hall.