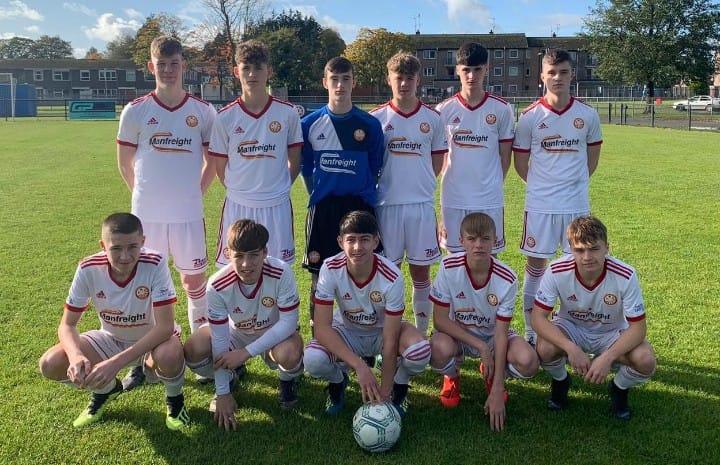 Bother Portadown Reserves & Thirds had a key weekend of fixtures and both came away with impressive and important wins.

First up Portadown Reserves welcomed Loughgall Reserves to Shamrock Park in an early top of the table clash but it was the home side that where able to come away with a convincing victory as they strolled up with a 3-0 win. Goals from Aluizio Pereira, Reuben Reis & Noel Kamara where enough to see the Ports take all three points.

Not far down the road, Portadown Thirds (pictured) welcomed Lisnaskea Rovers Reserves to Brownstown Park in the Harry Cavan Youth Cup 1st Round and came away with a 5-1 win after goals from Oisin Ginesi x 2, Ryan Irvine x 2 & Jonny McCullough.

Two impressive wins for two young sides, highlighted no doubt by the Reserves side that featured a back four of a 16 year old, two 15 year olds and a 14 year old showing the progress within the club and the talent throughout the club.