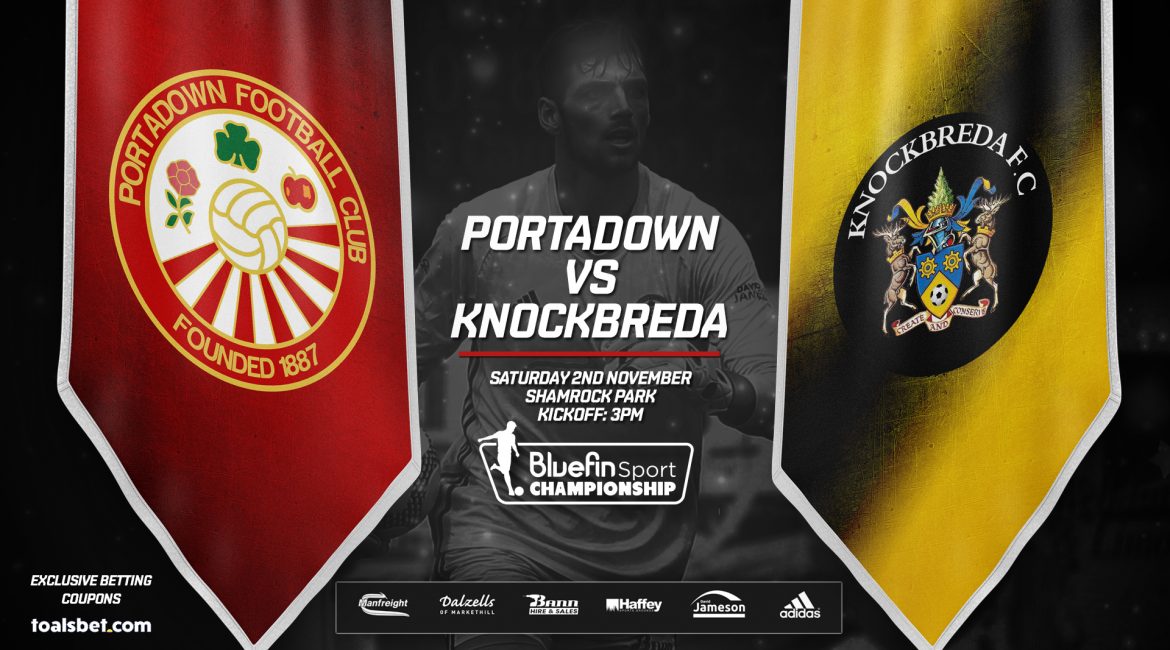 Portadown are back in Bluefin Sport Championship action this Saturday (2 November 19) when we take on Knockbreda at Shamrock Park (Kick Off 3pm).

Portadown are coming off the back of a 3-3 draw against Queens University which had seen them with a 3-0 lead with less than 30 minutes remaining however the point gained was enough to see the Ports go back top of the Bluefin Sport Championship.

On the injury front Portadown manager Matthew Tipton has informed the media team that Adam McCallum will be out for appox 6-8 weeks with a ankle ligament tear suffered in the draw with Queens, Ryan Carmichael has ankle ligament damage with no timescale set for his return while Poggy Robinson looks like he’s suffered an ankle fracture however the swelling around the ankle is too extensive at the moment to assess. Marty Bradley will also sit out Saturdays game as he serves a 1 match suspension.

On the positive side Chris Lavery has stepped up his recovery from a medial ligament tear and will hopefully get some minutes for the reserves this weekend against Knockbreda Reserves.

Knockbreda have had a poor start to the season with only one victory so far and find themselves cut adrift at the bottom of the table some 8 points behind 11th placed PSNI, ‘Breda also parted ways with manager Lee Forsythe on Monday evening who had been in charge since May 2017 so come to Shamrock Park on Saturday managerless.

The last time the two teams met at Shamrock Park was back in December 2018 when Portadown run out 4-3 winners thanks to two goals apiece from Sean Mackle and Adam Salley, in fact Ports striker Salley has five goals in his last two games against Knockbreda so will want to continue that run of form come Saturday. Earlier this season at Breda Park Ports run out 5-0 winners thanks to a Salley hat trick as well as goals from Lee Bonis and Luke Wilson.