Ports Around The World – Darren McKenna 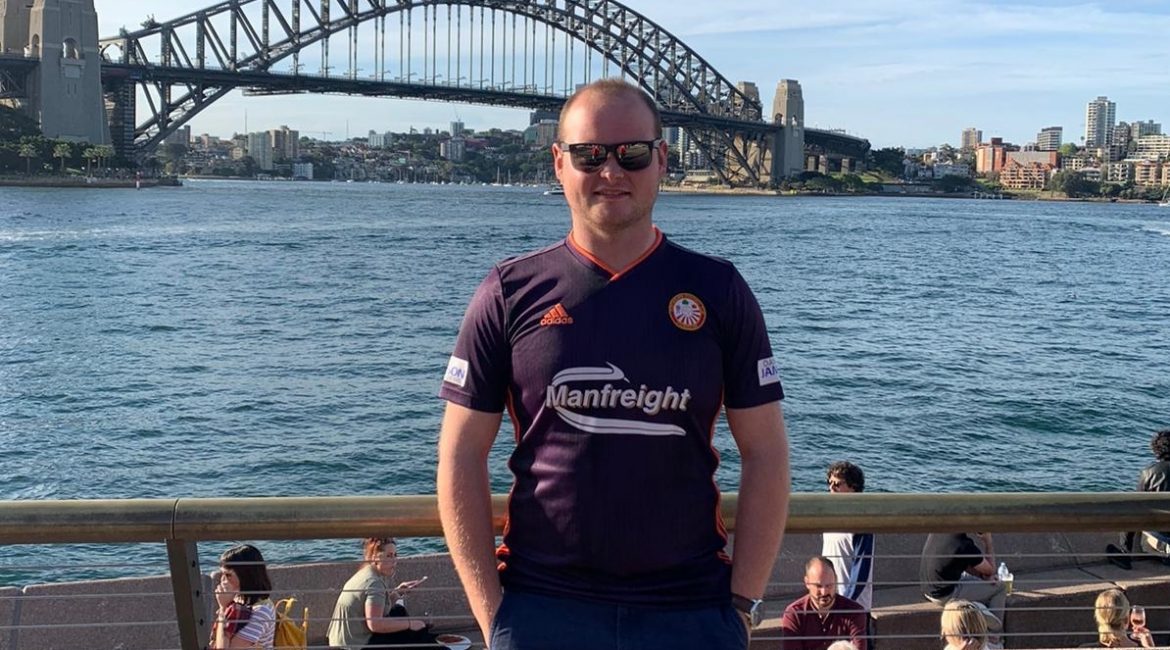 Ports Around The World

In the second in our series of ‘Ports Around The World’ we caught up with Darren McKenna, who is now in his late twenties and living in Sydney with his girlfriend Chloe.

‘A year and a half ago we headed for Australia on a one way ticket to experience life on the other side of the world and we’re still here enjoying ourselves!’ 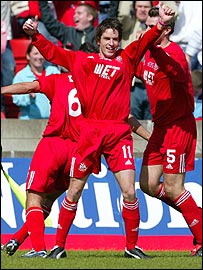 The 2005 Irish Cup Final at Windsor Park in Belfast was Darren’s first introduction to Portadown Football Club but there had always been a family link as former Director Marshall Beattie is his mother’s uncle.

What a great first match to witness, as we know the Ports came out with a comprehensive  5-1 victory over Larne with goals coming from Arkins (2), McCann, Convery and Kelly.

Darren grew up supporting Rangers and when he went to that cup final with a group of friends from school, he didn’t really know what to expect.

‘As that was the last time we won the Irish Cup, I wish I had enjoyed it more at the time’.

Over the next few seasons, he started attending matches on a regular basis with friends such as Ally Boyce, Andrew Proctor and Peter Cinnamond but it wasn’t long before Portadown were relegated to the championship in the summer of 2008 after missing an application deadline for the newly formed league structure. 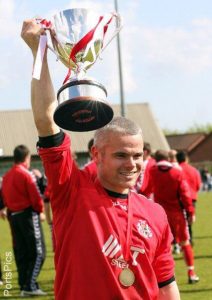 In what actually turned out to be a very enjoyable season watching football, Darren thinks back to the 2009 league cup final against Newry at Mourneview Park. Portadown beat Newry 1-0 on the day to lift the trophy for only the second time.

‘It was a brilliant day and we had already beaten Cliftonville, Linfield and Glentoran on the way to the final which was a massive achievement for a championship club. We really enjoyed winning it in Lurgan!’

Wesley Boyle and Gary McCutcheon were the players who stood out for Darren in those days not forgetting the likes of David Miskelly, John Convery and Keith O’Hara.

Of course Portadown managed to escape out of the championship in 2009 at the first time of asking largely due to holding onto the same squad that had played in the top division in the previous season. 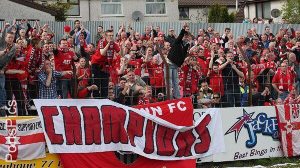 ‘We beat Donegal Celtic in Belfast on the last day of a long hard season to win the league and get promoted back into Northern Ireland’s top division. There was a huge travelling support and it was a really memorable day’.

It was during that 2008 – 2009 season when a group of devoted younger fans got together to make sure there was a good atmosphere created at Portadown matches, both at home and on the road. Darren was part of ‘The Red Terrace’ who spent a lot of time and effort creating flags, banners, displays and making as much noise as possible, a time he remembers fondly, ‘We fundraised or spent our own money and made everything ourselves’.

Decent European results followed in 2010 with an aggregate victory over Skonto Riga followed by a narrow defeat by Qarabag of Azerbaijan which included a memorable 1-1 away draw which will always be remembered for a smashing Kevin Braniff free kick from distance.

The conversation soon turns to our more recent struggles, ‘I was gutted when we were relegated a few seasons ago. We knew it was coming because of the large point deduction but I was still devastated when it was confirmed that night in Bangor when Ards beat us’. 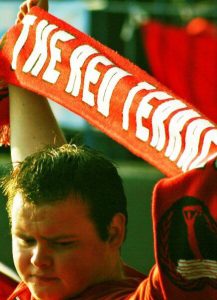 Weekends still revolve around football for Darren and always will. He misses watching the Ports in person but keeps up to date through social media and various chat groups. Being a member of the Eden Reds supporters club and the WE ARE PORTS members collective helps Darren to contribute to his club financially and also remain part of the overall fan base.

As part of the Sydney Portadown Supporters Club Darren and his mates have been able to sponsor Liam McKenna’s Number 8 shirt for the season and they also represent Portadown FC in the annual Sydney Northern Ireland Supporters Club 5 a side football tournament each year.

Looking to the future, like all of us, Darren hopes that the Ports will gain promotion to the premiership at the end of this season, ‘being clear at the top and on a good run in the league I hope the team can keep that up and we can be successful’.

He is also hoping for a good run in the Irish Cup and a few matches against premiership teams, ’one or two decent away days for the lads would be nice!’

We hope to see Darren back supporting regularly again when his time in Australia comes to an end possibly in the summer of 2020 and hopefully by then the Ports will be doing well in the top division.

‘Life is completely different in Oz compared to back home but you can still get your hands on a bottle of Buckfast, so it’s all good’