Bobby’s Blog – “Of all things, I am most proud of this team’s resiliency & fight we showed when our backs were against the wall” 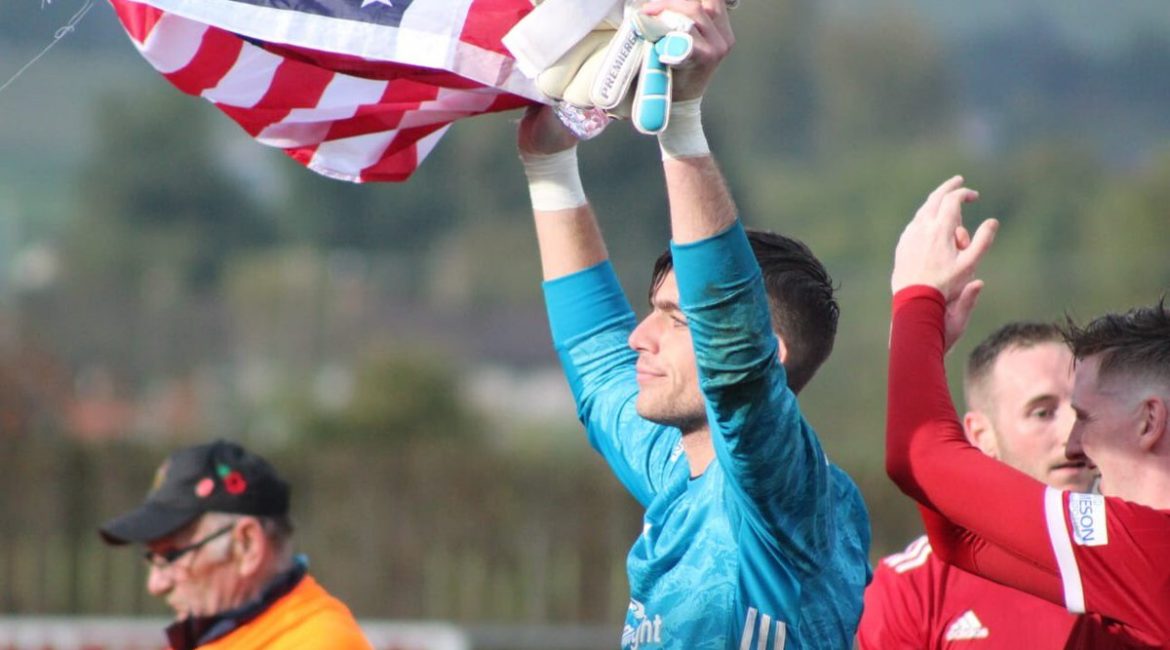 “It has been a good week to be a Portadown supporter.

Almost a week later and I think my heart rate has finally settled back down to normal. Friday night is the reason we love this sport, the exhilarating adrenaline rushes of highs keeping us on the edge of our seats, eyes unable to turn away from the match. Regardless of who you support, that match was nothing short of thrilling to watch.

At this point, I’d like to give a massive thank you to everyone who braved the long trek & cold weather to show your support for this club – you brought an energy that we fed off of. The atmosphere was buzzing all night long, even when we found ourselves behind early. That intangible asset can be the difference in matches like these and that certainly proved true on Friday night.

Of all things, I am most proud of this team’s resiliency & fight we showed when our backs were against the wall. With a poor first half that found us 1-0 down and left much to be desired, many teams would have crumbled and fallen apart. Especially with a squad as young as ours, it would have been easy to become overwhelmed and let things unravel. But that’s not us. What could sum the night up for us is our two big centrebacks – Paddy McNally rips his protective facemask off mid-game and winning headers & Paul Finnegan gets smashed in the head and doesn’t miss a beat to see the match through.

Adam Salley took over in the second half, bagging himself two goals and coming through when we needed him most. He has consistently been a lethal threat for us up top, proving to be one of the best strikers in the league. More so, Adam is a player who brings far more than just a footballing talent to the squad – he is a positive influence who keeps morale high within the group. It’s been fun to watch him smash some quality goals thus far and I am excited for what’s to come.

I spoke last week about us still searching for the full 90 minute performance and although Friday night was thrilling with many positives to take away from it, we still need to improve. I will be the first to hold my hand up and say I started poorly. We dug ourselves into a hole after the first 45 that we were able to bounce back from, but we cannot make a habit of this. Luckily for us, we have a perfect opportunity to find our full 90 minute form this Friday night at Ballyclare – I hope we can see the same amazing turnout this Friday as we saw at Newry!

We roll on to the most important match of the season.