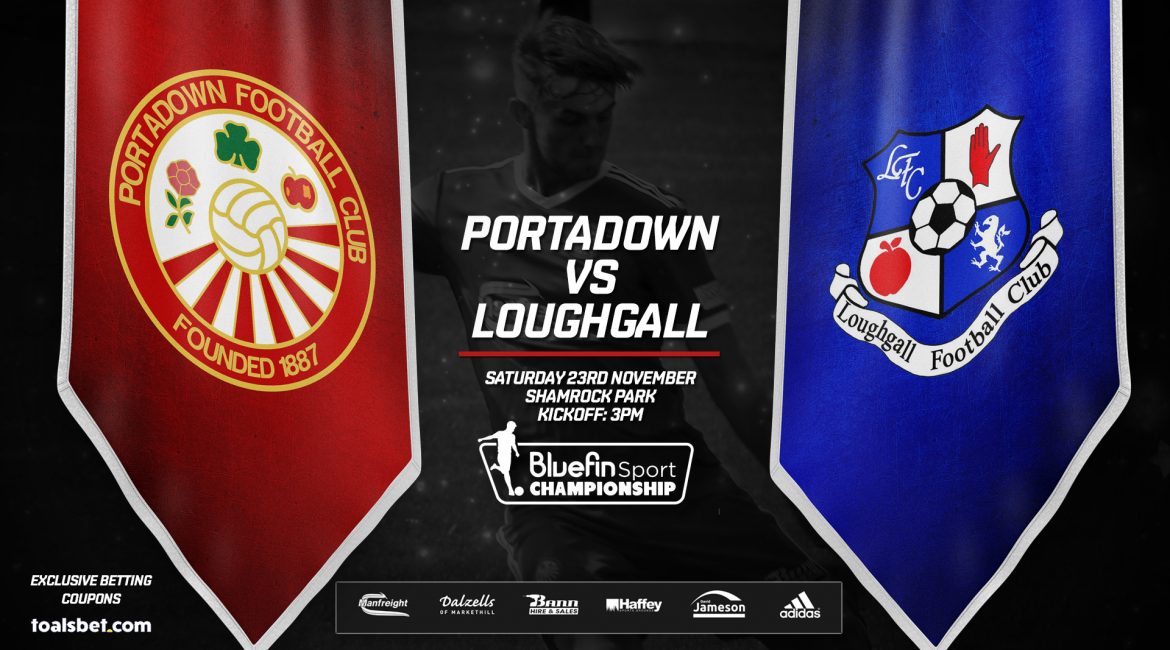 In injury news Adam McCallum is still unavailable but will be back doing non contact training next week while Poggy Robinson is still in a walking boot. Chris Lavery has come through two games unscathed so could come back into contention while Ryan Carmichael and Callum Ferris are both available after international duty.

Loughgall have had a fantastic first quarter to their Bluefin Sport Championship campaign which seen them top the table however two defeats in their last three league games has seen them drop to third in the title race but they do have a game in hand on both ourselves and Ballinamallard United who sit in second. Loughgall can boast a 100% away league record and scored an impressive 4 goals or more in their first four away games of this campaign.

There will be a lot of familiar faces to Ports fans in the Loughgall squad with no fewer than seven former Portadown players in their squad including Jamie Douglas who grabbed two late goals for the Ports in last seasons Boxing Day derby at Shamrock Park to seal all 3 points for Matthew Tipton’s men.

Portadown are unbeaten against Loughgall in our previous nine league and Irish Cup games with the Ports recording 7 wins in those nine games, Loughgalls last victory against Portadown in the league or Irish Cup came back in 2009 when Loughgall done the double over Portadown in the 2008/09 season winning both home and away in the old Championship 16 team league format.

Last time out in the Bluefin Sport Championship bottom club Knockbreda picked up a surprising 3-0 victory over Loughgall at Lakeview Park, only Knockbreda’s second win of the season and their first since the opening day, with Loughgall manager Dean Smith and his assistant Andy Smith both dismissed from the dugout. Portadown’s previous Bluefin Sport Championship outing seen them win 1-0 away at Ballyclare Comrades.

The last meeting between the two sides came back in August on the opening day of the season at Lakeview Park and seen a 0-0 stalemate.