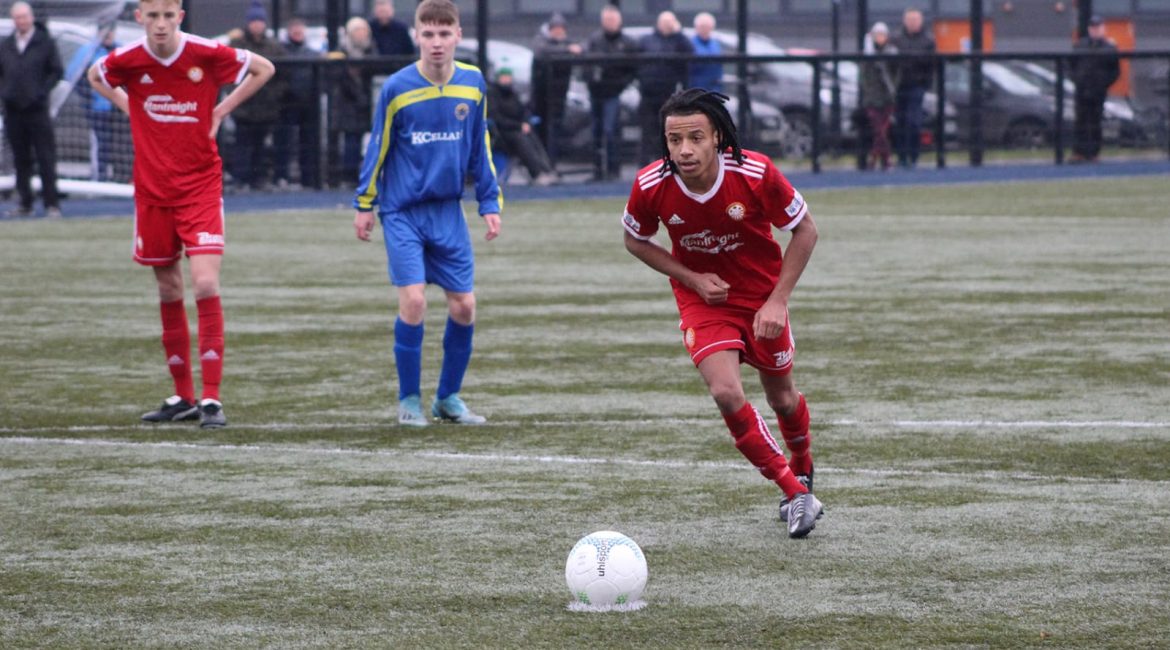 Ports u20s welcomed Moyola Park Reserves to Brownstown Park on Saturday with the aim to solidify their spot at the top of the NIFL Championship/PIL Development League but it was the visitors who got on the scoresheet first against the run of play as they broke on a counter attack after the pressure from the home side didn’t pay off. Aluizio (pictured) was the most dangerous of the Ports players as his quick feet caused Moyola Park numerous problems but the final ball and finish wasn’t there in the first half.

It wasn’t long into the second half that his persistence paid off, his quick feet caused issues in the Moyola box and they had to bring him down as the referee pointed to the spot, he stepped up and sent the keeper the wrong way to bring the Ports level. Soon after the Ports equalised, the visitors repeated their trick from the first half as they caught the Ports sleeping at the back and broke away to take the lead again. Although the dynamic Aluizio once again forced his way through and was able to rescue a point for the Ports u20s which keeps them on top of their league despite playing 3 more games than second place Loughgall Reserves.

Ports u20s next fixture is Tuesday 3rd December as they play host to Newry City Reserves who currently sit in 3rd position.