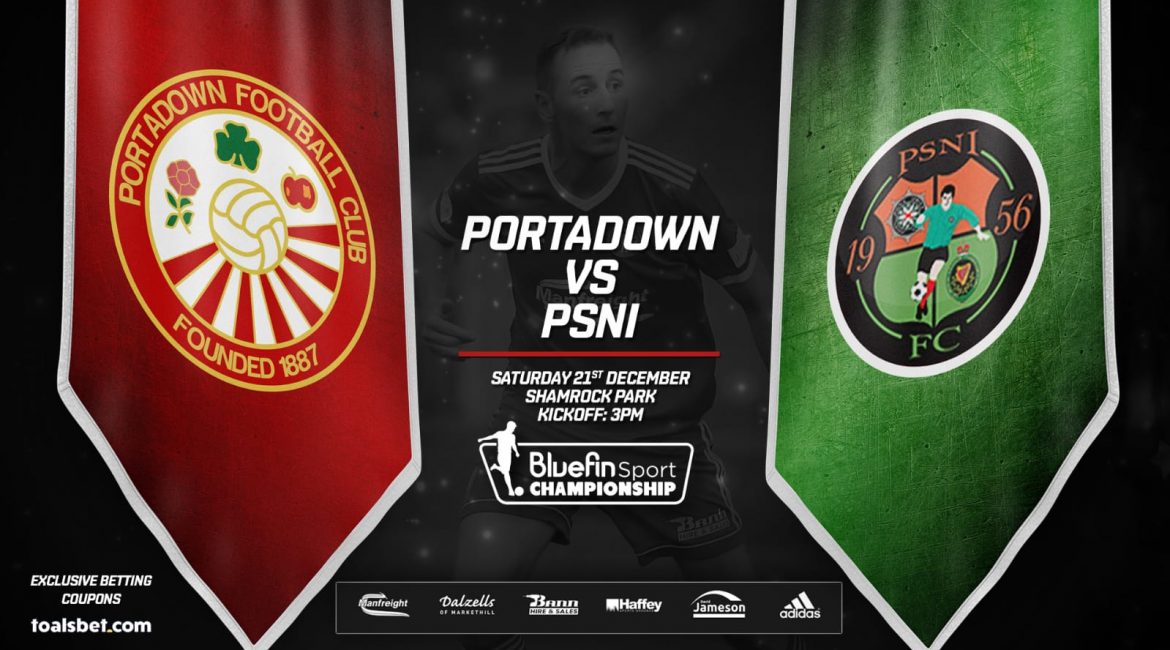 Ports manager Matthew Tipton has informed us that Greg Hall is continuing to jog in his rehabilitation from injury while Poggy Robinson is making steady progress following a broken ankle.

Marty Bradley has stepped up his training and will be assessed before tomorrows game to get a more definitive time on his return. Adam McCallum took part in a in house game on Monday evening which will help in his recovery.

The PSNI are currently on a bad run of form in the Bluefin Sport Championship with only one league victory since mid September. PSNI have also been shipping quite a few goals with 64 goals conceded in their 19 Championship games so far this season, they’ve also conceded 3 or more goals in eight of their last nine games including six goal defeats against Ballyclare Comrades, Loughgall and Newry City.

In the last game between the two sides at the Dub back in September it took a 87th minute header from Ports defender Paddy McNally to seal all three points for the Ports.

Last time out in the Bluefin Sport Championship PSNI lost 6-2 at home to Ballyclare Comrades while Portadown suffered their first defeat since mid October with a 4-2 loss at Ballinamallard United.