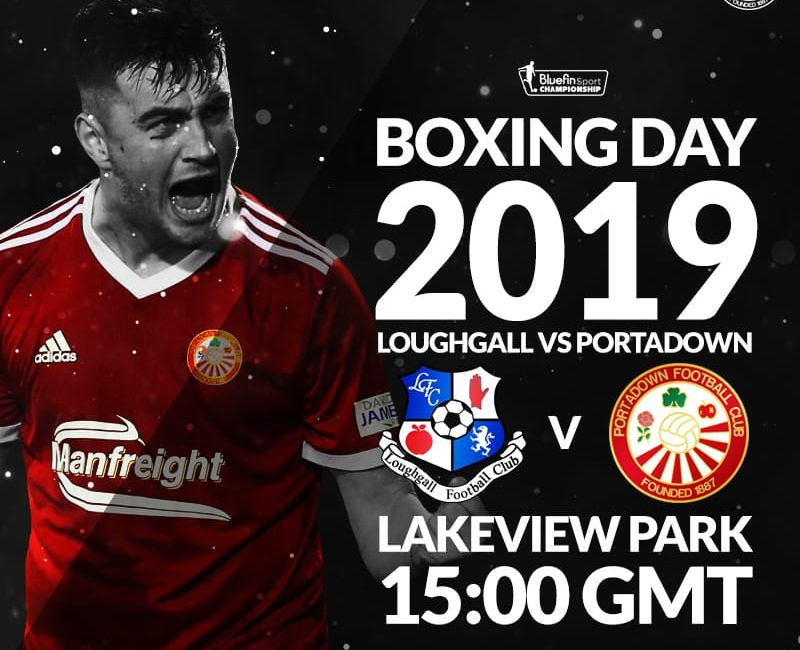 Loughgall had the ball in the net after only three minutes through Nathaniel Ferris but his effort was ruled out offside.

Loughgall had another great chance midway through the first half through Peter Campbell but he failed to make the most of the opportunity at the back post when he appeared to loose his footing while the same player saw another effort deflected wide by Ryan Carmichael just after the half-hour mark.

George Tipton came close for the Ports early in the second half but Loughgall keeper Gareth Buchanan was on hand to save smartly at his near post.

Portadown were to take the lead on 61 minutes when Adam Salley’s backpost header found the net following a great Chris Lavery’s cross.

Ports winger Lavery was twice denied by Buchanan with Bonis then firing just the wrong side of the right post as Portadown searched for a second goal.

Loughgall searched for an equaliser with efforts from Dale Malone, Peter Campbell and substitute Jamie Douglas but all failed to test Ports keeper Edwards.

Ports striker Bonis was to seal all three points for Portadown on 90 minutes when he got to the ball just before the defender half way into the Loughgall half before coolly finishing beyond Buchanan to put the Ports 2-0 up.