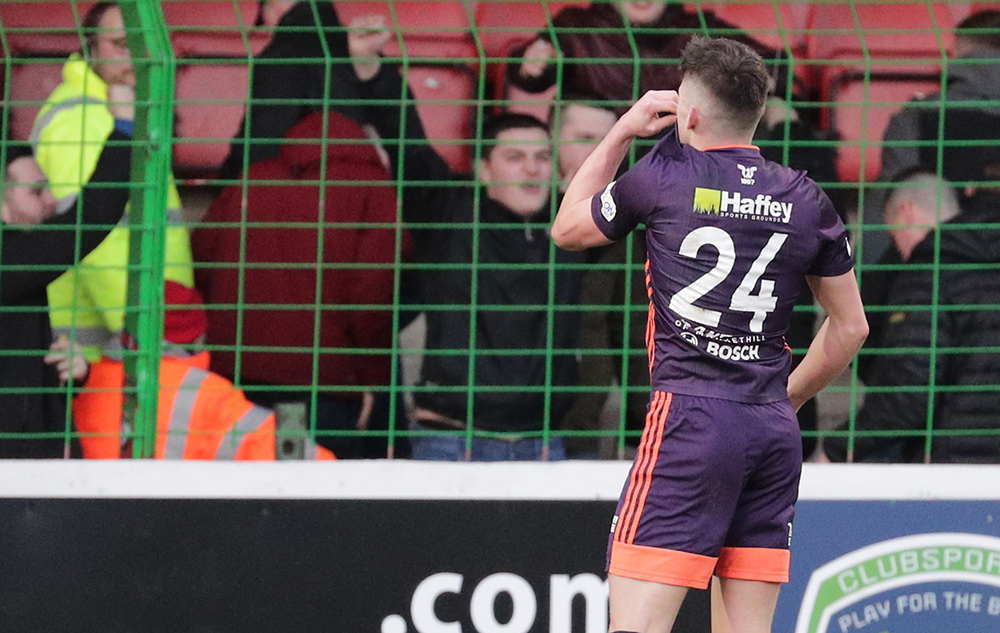 Portadown FC are delighted to announce that forward Lee Bonis has signed a 2.5 year contract extension with the Ports, keeping him at Shamrock Park until 2022.

Bonis signed for Portadown in the summer having impressed in the Mid-Ulster League with Seagoe and his Ports trial. Lee also came up through the Portadown Youth ranks as a youngster and has had a super season so far with 13 goals and 5 assists in 22 games as well as claiming over a quarter of all man of the match awards so far this season.

Ports manager Matthew Tipton made a statement about the extension:

Delighted to extend Lee’s contract by a further 2.5 years. He’s been an integral part of what we have done so far this season with his performances and more importantly his attitude on and off the pitch. When I look at players I sometimes like to think like a fan and use the 4 E’s – Excitement, Effort, Energy and Entertainment. With Lee all four of them are evident as soon as he steps on the pitch and long may it continue in a Portadown shirt.