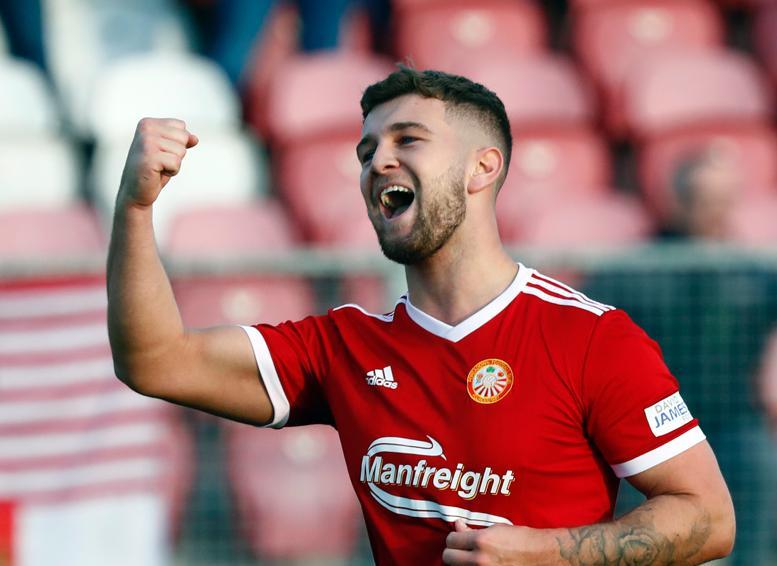 Ports manager Matthew Tipton delved into the January transfer market last night with the acquisitions of goalkeeper Aidan McAdams on loan from Glasgow Rangers, midfielder Callum McVeigh joining from Linfield and ace marksman Stephen Murray crossing the Mid-Ulster divide to sign on the dotted line from neighbours Glenavon with hopefully all three available to make their debuts tomorrow.

Ports top goalscorer Lee Bonis misses out however through suspension after picking up his fifth caution of the season in last Saturdays win over H&W Welders.

Greg Hall is still progressing however after a really fast start to his recovery he’s slowed down a bit over the last week or two.

Ryan Carmichael has had a scan & unfortunately for him & us it’s not good news. Torn medial ligament which puts him out for 8-10 weeks minimum which is a massive blow to him after he’s been performing so well lately.

At this moment in time we are just waiting on Aidan’s international clearance but hopefully that’s all clear for tomorrow, both Callum McVeigh and Stephen Murray are cleared to play.

Ballinamallard United, who currently sit second in the Bluefin Sport Championship 6 points behind Portadown, are on a good run of form with 4 wins from their last five Championship games which includes a 4-2 win over ourselves up at Ferney Park back in December.

Ballinamallard United can also boast two wins out of two over Portadown this season in the Bluefin Sport Championship so Ports manager Matthew Tipton will be keen to bring the Mallards good form over the Ports to a halt and increase Portadown’s lead at the top of the table.

In striker Ryan Campbell Ballinamallard have the most potent striker in the Championship, he has twenty league goals so far this season so the Ports rear guard will have to be at it’s very best to stop him from adding to his tally on Saturday. Campbell has also a decent record against Portadown with four in his last six games against Matthew Tipton’s men.

There’s been a bit of movement at the Mallards in January with Ryan Mayse returning to the club from Ballymena United while Mark Hannon has joined from Galway City.

Last time out in the Bluefin Sport Championship Ballinamallard United were beaten 2-1 by Loughgall while Portadown were 4-2 victors over H&W Welders.