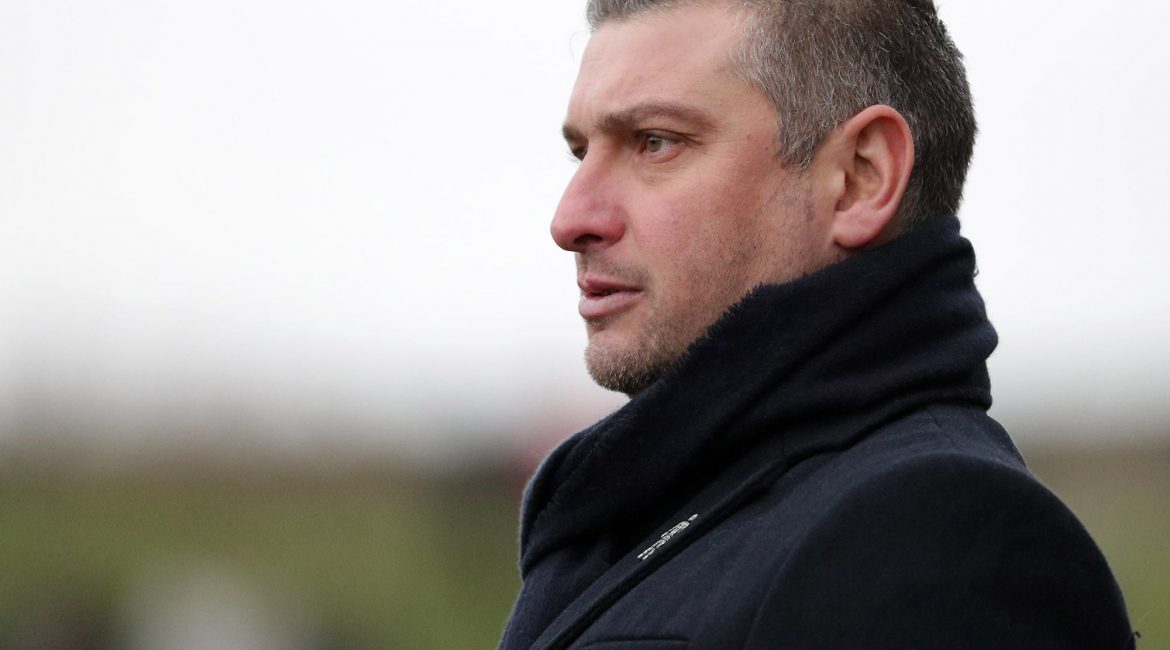 A week ago we invited supporters to get in touch with us with questions for Portadown manager Matthew Tipton, below are those selected along with Matthew’s answers:

Geoff Topley: You seem to have a genuine affinity for Portadown Football Club, even before becoming a manager you said Portadown had your number. Why is the club so special to you?

Matthew Tipton: Portadown brought me & my family over here to play 9 years ago & that’s something I’ll forever be grateful for as we have such a happy life here now.

Andrew Crowe: Best goal or memory for playing at Portadown?

Matthew Tipton: Best goal was probably in Irish cup replay away at Glenavon, best memory was my hat trick on last day to get us into Europe as league runners up.

Andrew Lutton: Out of that playing career you had, is there one game that stands out above all others for whatever reason?

Matthew Tipton: Not particularly to be honest. Loads of good memories & of course days that were better than others but nothing massively stands out.

Ian Cooke: If you could sign one Portadown player from the past in their prime, who would it be?

Matthew Tipton: Given our current problems at right back I’d take anyone that played there!!!

Matthew Tipton: Seeing as my wife is manager at Asda it can only be there.

Stefan Hobson: Will you consider this one of your best footballing achievements, if we manage to gain promotion with such a young squad?

Matthew Tipton: Everything we achieve with this squad brings me great pride as I can see them growing every day & I know they can only get better. Where it will rank I don’t know as I’ve not even thought about that yet. What I can say is that if it does happen I hope it’s only the start of things to come with this squad.

David Gorbes: I’ve noticed that every player has his dip in form in any one game. How do you as manager minimise dips in the 15 games left with every game a potential banana skin?

Matthew Tipton: I don’t really understand the question as I don’t see that every player can possibly have a dip in form in every game. What I can say is that all the players understand their roles & responsibilities within the team structure & it’s their job to perform that to their maximum. Obviously some days they might not play their best so then we might need to substitute them

Aaran Savage: Who cuts your hair and will you ever sport the Tipton No 1 all over again?

Matthew Tipton: A local barber in Comber. I’m not planning on getting it cropped to a number one but if I get much more grey I might need to!

Trevor Gill: What’s your favourite Portadown song, past or present?

Matthew Tipton: I can’t think of one in particular but the volume of noise the past 6 weeks has been as good as I’ve heard at any club.

Andrew Crowe: What is the funniest story you can tell us about a present of past player from the club?

Matthew Tipton: Ive plenty of funny stories but not sure they can be put into print. What I will say is Jamie Tomelty provided us with many laughs when he was here.

Out of this current squad young Poggy Robinson comes out with some crackers. His best was when discussing the proposed bridge between NI & Scotland he asked would it have roundabouts on it. On another occasion I said a player had moved onto New Pastures & he asked who managed them!!