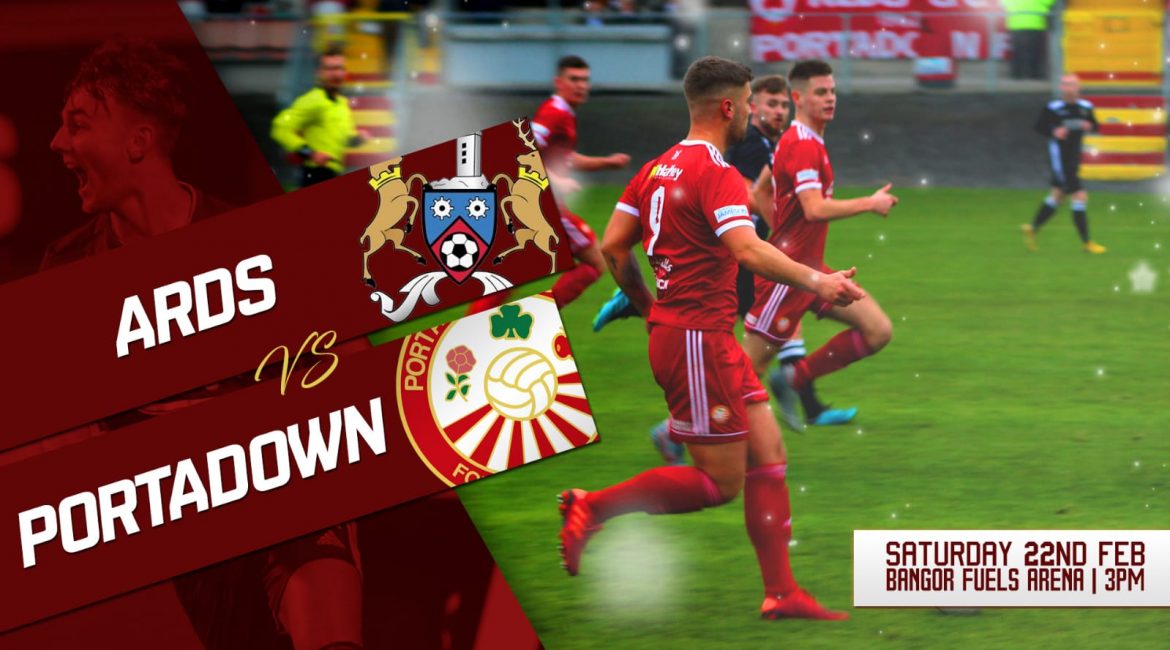 Portadown are back in Bluefin Sport Championship action this Saturday (22 February 20) when we take on Ards at the Bangor Fuels Arena (Kick off 3pm).

Portadown are coming off the back of a 7-1 victory over Queens University last Saturday, a win which seen ace marksman Adam Salley grab his second hat trick of the season to take him to 19 league goals so far this campaign. Ards also had a player take the match ball last Saturday as star striker and former Port Michael McLellan notched a hat trick as they defeated Dundela 5-1 at Wilgar Park.

Ports manager Matthew Tipton has informed the media team that Marty Bradley is expected to miss out after picking up a knock during the pre match warm up against Queens while long term injury victim Greg Hall continues to progress well.

Since our 2-1 victory over Ards in December both sides have similar league records with Ards having picked up 17 points from nine games while the Ports have picked up 16 points from eight games. Both teams have also been scoring heavily in recent games with Ards finding the net ten times in their last two games while the Ports have eleven in their last two, including seven against Queens last weekend.