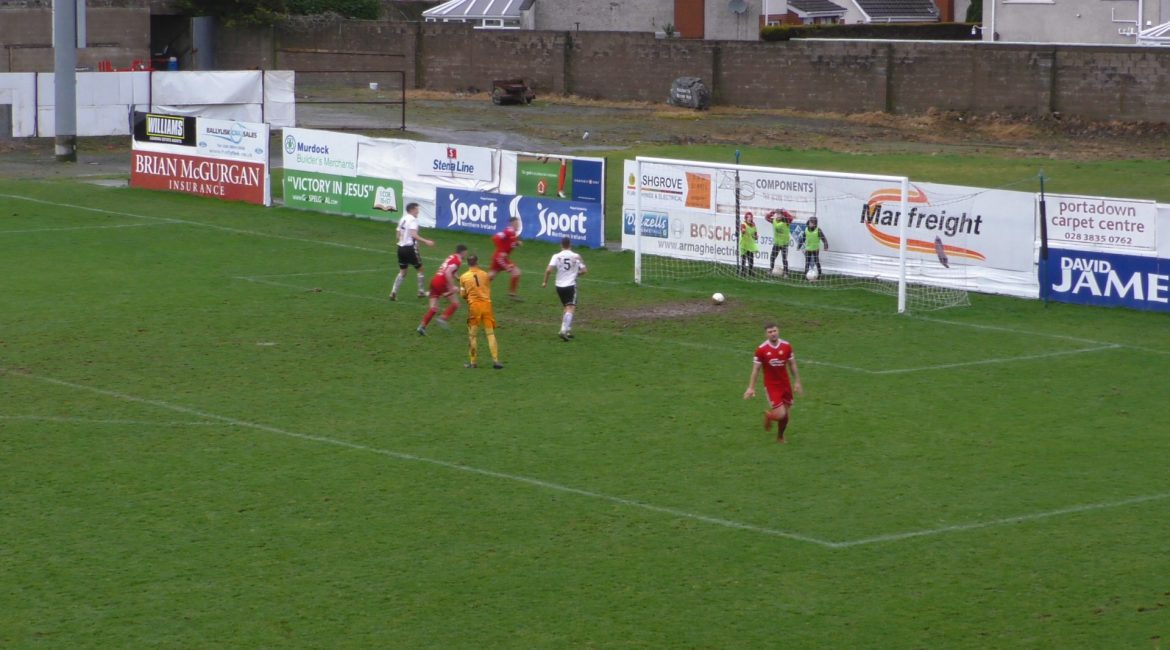 Not only did Saturday’s 7-1 win over Queens University put smiles on Portadown faces with a crucial three points, it also created a moment of sheer comedy as Portadown striker Adam Salley celebrates as his shot gets stuck in the goal-mouth mud before Chris Lavery fires it in the back of the net.

As Portadown’s media team expected, the clip received instant attention from far and wide when it was published on social media. However, the true scale of how far the clip would go could be predicted by no-one. Having already had multiple clips reach outlets such as Soccer AM over the past year, the Ports are no strangers to getting some nationwide coverage but any previous reach has well and truly been blown out of the water by the scale of the ‘Alexa, show me a premature celebration’ clip.

As of writing this article, the video has been viewed over 10 Million times worldwide. A number unthinkable to a lot professional clubs around the world, regardless of a club currently playing in the second-tier of Northern Irish football.

Global media outlets such as Sky Sports, ESPN, Amazon Prime, BT Sport, Soccer AM, BBC Sport/Match of the Day, 433, Daily Mail, The Guardian and many more have all shared the clip and Portadown believes that there are many more around the world that have yet to come to our attention meaning that the figure could be well-beyond the current 10 Million mark.
Share