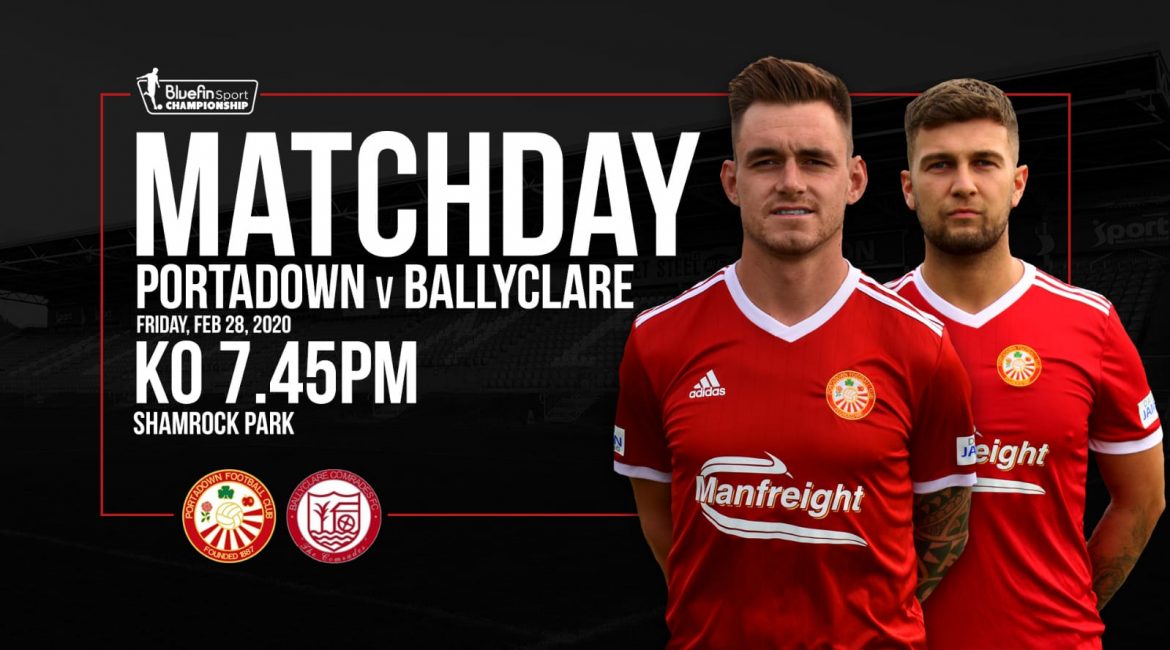 The Ports are coming off the back of a 1-1 away to Ards last Saturday while Ballyclare Comrades suffered a disappointing 1-0 home defeat to basement club Knockbreda on Tuesday evening.

The two clubs have met twice so far this campaign with the Ports running out victorious on both occasions.

Greg Hall is progressing really well & we are now hopeful of him being back before the split games.

Marty Bradley has had a scan on his knee injury to try to finally get to the bottom of the problem so with a bit of luck we will have the results before the game tomorrow so Chris can assess them & come back with a plan to go forward.

The illnesses that affected us so much last week seems to have cleared up so it’s pretty much a full strength squad to choose from.

With us being the only game on tomorrow night I would love to see a big crowd turning out to back us as I know how much it helps the players on the pitch when we have a big vocal backing.