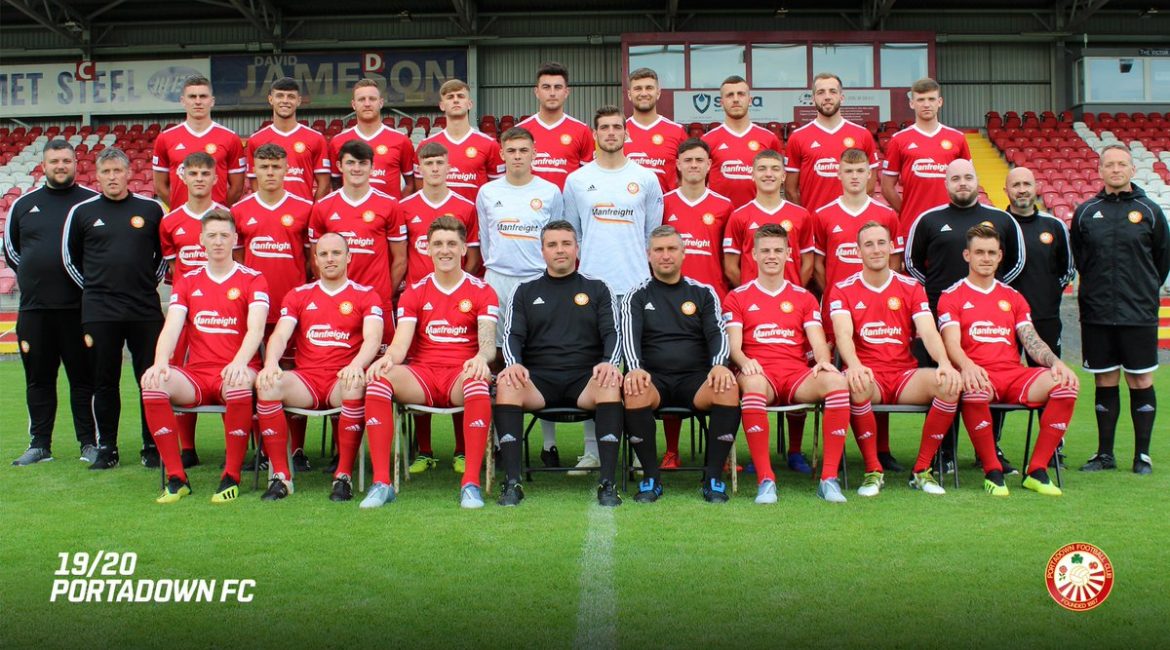 Portadown return to Bluefin Sport Championship action tomorrow (Sat 7 March) when they take on the PSNI at the Dub, 3pm kick off.

The Ports are coming off the back of a disappointing 2-0 defeat to Ballyclare Comrades last Friday night at Shamrock Park while the PSNI were on the end of a 4-2 defeat to basement club Knockbreda on Saturday.

The two clubs have met twice so far this campaign with the Ports running out victorious on both occasions with a late Paddy McNally header sealing the points for the Ports on our last visit to take on the PSNI at the Dub back in September.

Greg Hall joined in training last night doing light ball work so that’s a massive step forward for him & hopefully light at end of the tunnel for him & us.

Marty Bradley’s scan came back with positive news of no structural damage to knee. It’s a tightness of muscle which is rubbing onto his tendon which is causing his discomfort so now it’s of case of how much he can do without too much pain.

Callum McVeigh is away with schoolboy international today so we will see how he is on returning tomorrow.