Ports cop hold of the points 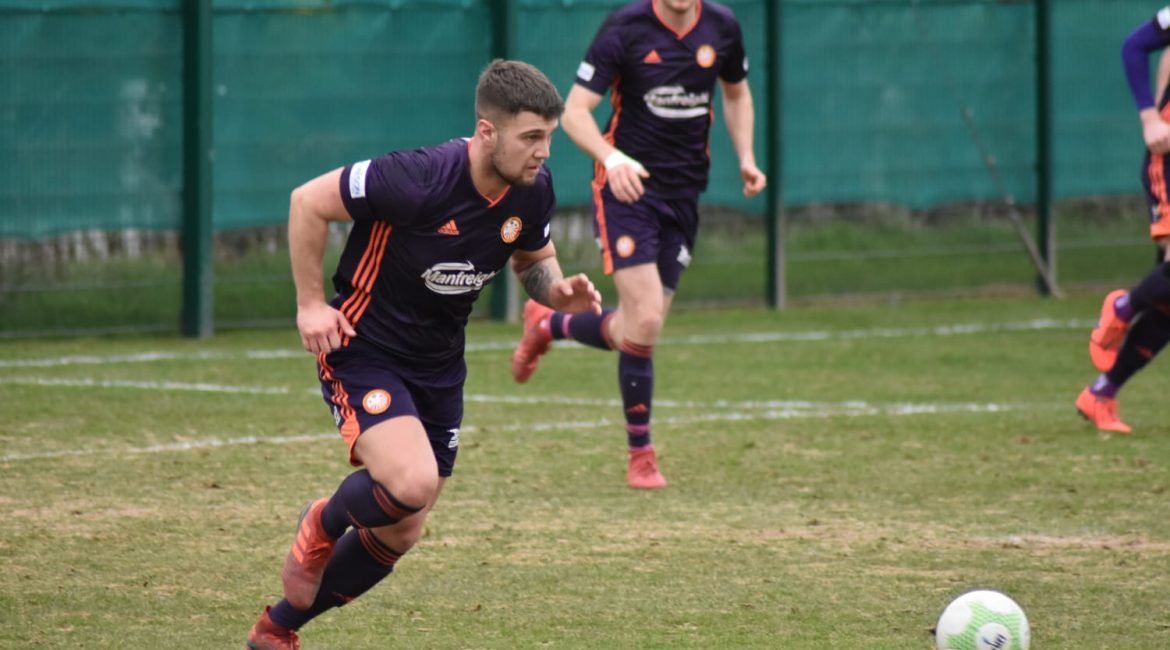 Portadown maintained their lead at the top of the Bluefin Sport Championship on Saturday following a 2-0 victory over the PSNI at The Dub. Second half goals from Adam Salley and Stephen Murray secured the points in a display that pleased boss Matthew Tipton.

The Ports were first out of the blocks with Adam Salley setting up a second minute opportunity for Lee Bonis, but the PSNI defence closed him down and snuffed out the threat. The rolls were reversed ten minutes later when following a neat one-two between Lee and Adam, the Ports top scorer forced Brown into a save with a fierce drive across goal. Brown was called into action again on 17 minutes, this time blocking a close range effort from Murray. Lavery was next to test the PSNI defence but he fired over following a goalmouth scramble and Brown was called into action once more punching away a McKenna free-kick.

The first half ended scoreless, but the deadlock was eventually broken just before the hour when McKenna’s corner caused panic in the home defence and Salley got a toe to the ball ahead of Paddy McNally to put the visitors in front.

Then, 13 minutes later, Murray made it 2-0 after getting on the end of a long ball down the channel from Finnegan and outpacing James Turk before finishing low into the corner past Brown. Lavery could have made it three ten minutes from time but he blazed over from eight yards out.

The game finished 2-0 to Portadown, a result and a performance that pleased Matthew Tipton. Speaking after the game he said “we only scored two goals but we played with an intensity that we haven’t shown for a long time. I thought we dominated the game from start to finish”

So the Ports get back to winning ways following last week’s defeat to Ballyclare and with just seven games remaining the run-in is well and truly on.