People Behind The Ports – Trevor Clydesdale 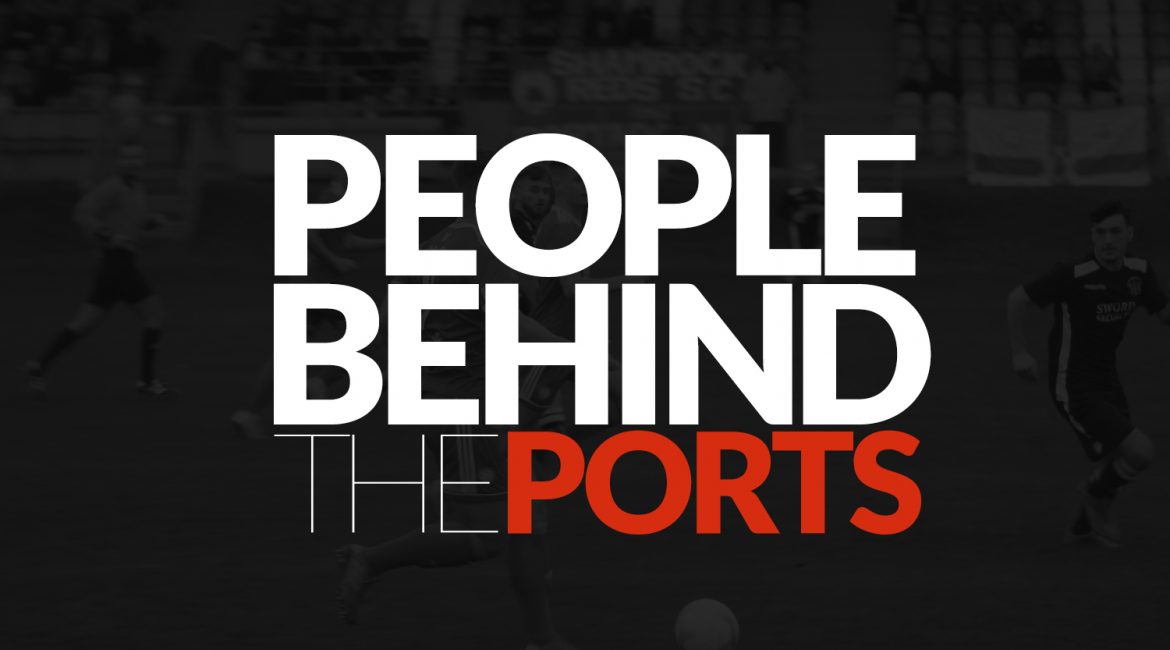 Next up we have Trevor Clydesdale 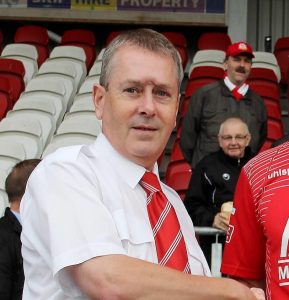 How long have you been volunteering at PFC:I began back in 2003 as joint editor of Ports in Focus the club’s match day programme.

Have you always done this role and if not what else have you done around the club: I as said I began as joint editor in on Ports in Focus but then one day around 2007 or so I walked into the boardroom one morning and walked out again after having a had an on the spot interview by Ronnie McFall and Bill Emerson for the role of Media Officer!

What first got you involved: It was Bill Emerson that got me involved. I had written some articles for the programme and Bill knowing my interest in the history of the club, asked if I would be interested in working on the production of the programme.

What is your earliest memory at PFC: I remember my uncle bringing me and my brother to watch our first game way back in 1974. It was a lovely sunny day but I have a feeling we lost that match to Linfield.

Whats your favourite memory at the Ports: There have been so many great memories down through the years with titles and cup wins. But I think one of the best nights was the visit of Porto in the European Cup back in 1990. The buzz around playing in the European Cup and seeing all these top players at Shamrock Park was fantastic.

What is your match day routine at Shamrock Park or an away match:The match day routine had changed over the years. Normally I would arrive at the ground around 1:15 and get ready for the release of the team line-ups for the game. Then it is a case of printing of the team sheets for distribution to the press z as and media( not to many of them around this last few seasons but hopefully that will change next season). If there are any changes to the line ups I brief the press as to the who what and why should it be injuries, suspension etc. When I match starts I can be found in the press box where I am available to answer press queries. When the game finishes it I’d down to media area in the tunnel where I arrange again liaise with the press for post match interviews. Over the past couple of seasons we have expanded the media team as and in my opinion it is one of the best in the local game. The guys are totally professional and produce great output on our social media platforms. I usually get away from the ground around 5:30.

What is something about your role that you do that no-one notices:aside from my visible presence on matchdays, I receive a lot of emails from people looking info on relatives that played for the club, journalistic looking info and stats, former players looking info and stats etc. This is all done at home where in the evenings where I have an archive of material. Sometimes it involves trailing throw the newspaper archives in the library and can take up a lot of time.

What do you love about Portadown FC: apart from watching the team it has to be the sense of belonging. We have a great team on the pitch and behind the scenes and everyone pulls together to make it work.

What is the one thing you are missing about the Ports during the lockdown: we were so close to our goal of getting back to the Premiership and the excitement and tension was building. To have all that snatched away has been a massive blow. I really miss matchdays.