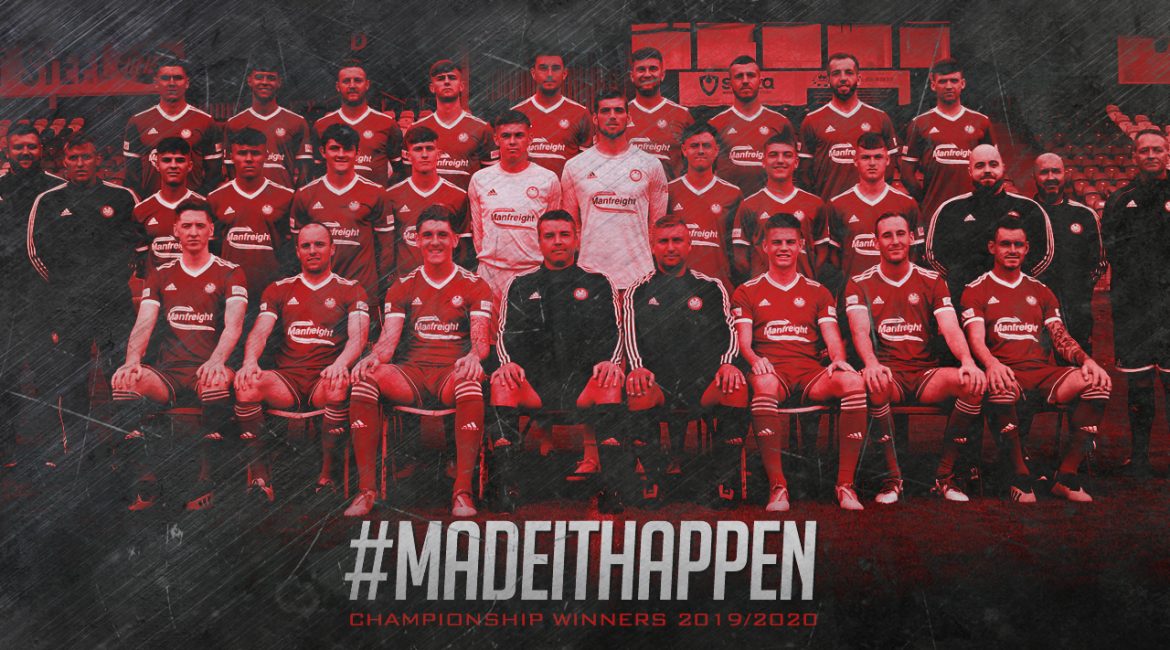 Following weeks of debate and uncertainty that clouded over Irish League football in these challenging times, on Friday a decision was made by the Northern Ireland Football League as to how the conclusion to the footballing season would be done.

NIFL have officially announced that all league football across the PIL, Championship and Premiership will not be completed on the pitch and have therefore sought the help of an independent panel to use the points-per-game (PPG) formula to produce final standings for each league. NIFL also announced that automatic promotion and relegation would take place based on the standings that were to be produced by the panel.

The recommended final placings by the independent panel for the NIFL Championship based on PPG can be seen below: 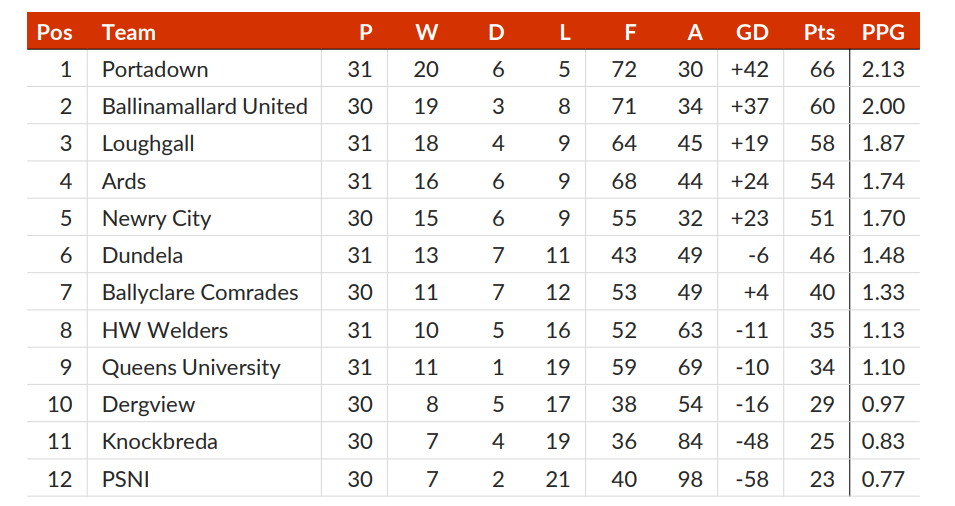 Portadown are delighted to announce that the club have been crowned the winners of the NIFL Championship 2019/2020 and have therefore achieved the goal set out at the start of the season of being promoted back to the Danske Bank Premiership since its relegation 3 seasons ago.

Portadown FC Director of Football, Peter Hunniford, statement on behalf of the club regarding being promoted:

Firstly can I congratulate Matthew, his backroom staff and all the players. The amount of hard work, commitment and togetherness shown by everyone this season has been tremendous. While we would have loved to complete the season on the pitch and have been able to celebrate our promotion together with all our fans present that was just not going to be possible. That said we won the most games, gained the most points, lost the least games, scored the most goals and conceded the least goals in the Championship over 31 games. In my book that makes us worthy winners. I would like to place on record my thanks to NIFL and in particular Andrew Johnston for all their hard work over the last few months on what was a very difficult process.

We can all now look forward to returning to the Premiership next season. We will all enjoy the celebrations over the next week and rightly so. The hard work then starts again. Lastly and certainly not least, can I on behalf of the board thank our sponsors and our fans who without their continued support this achievement would not have been possible.

🎶Don’t you know pump it up🎶

BECAUSE THE PORTS ARE OFFICIALLY GOING UP! 🔴⚪ pic.twitter.com/40nmtzk4Hz