McGrandles & Murray sign on for a further two years 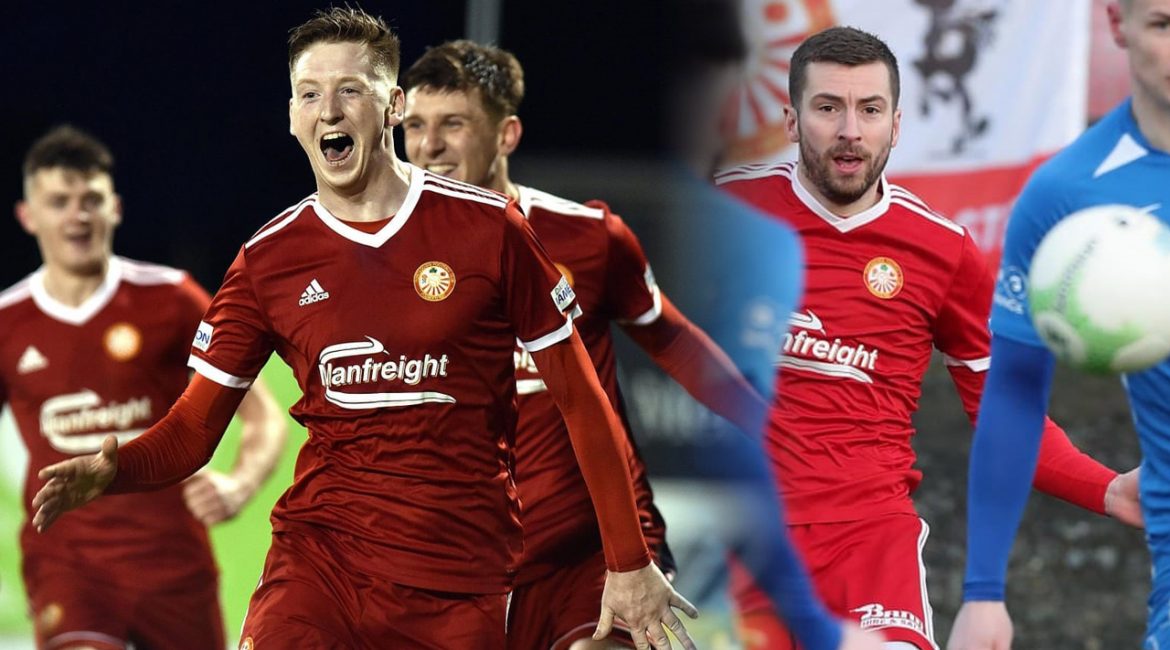 Portadown Football Club is delighted to announce that both Conall McGrandles & Stephen Murray have signed new two year contracts to remain at Shamrock Park until 2022.

Conall joined the club from Warrenpoint Town in the summer of 2019 after previously having spells at Cliftonville and Larne, a popular figure with supporters Conall made 23 appearances in a Ports shirt last season weighing in with 4 goals including important strikes against Ards, Ballyclare and Loughgall.

Conall has been a brilliant addition to our squad & over the last year has given us some memorable moments including kick starting our comeback at Ards & also the last gasp winner v Loughgall. He is a tremendous character both on & off the field so I had no hesitation in getting him back on board for 2 more years – Matthew Tipton

Stephen Murray only made the move across the Mid-Ulster divide when he signed for Portadown from Glenavon in January 2019, Stephen went on to make 6 appearances scoring 2 goals before the season was halted in early March.

Stephen was just hitting his stride when lockdown arrived in March but I think he showed enough class to get everyone excited for more to come. Certainly I know this having worked with him previously at Premier league level & looking at his record last season where he finished as top scorer for Glenavon I have no doubt we will get to see many more performances to come from Stephen over the next 2 years – Matthew Tipton

Conall & Stephen join Paddy McNally in committing their futures to the club over the last week as Matthew Tipton continues to build a squad for the 2020/21 Premiership season.