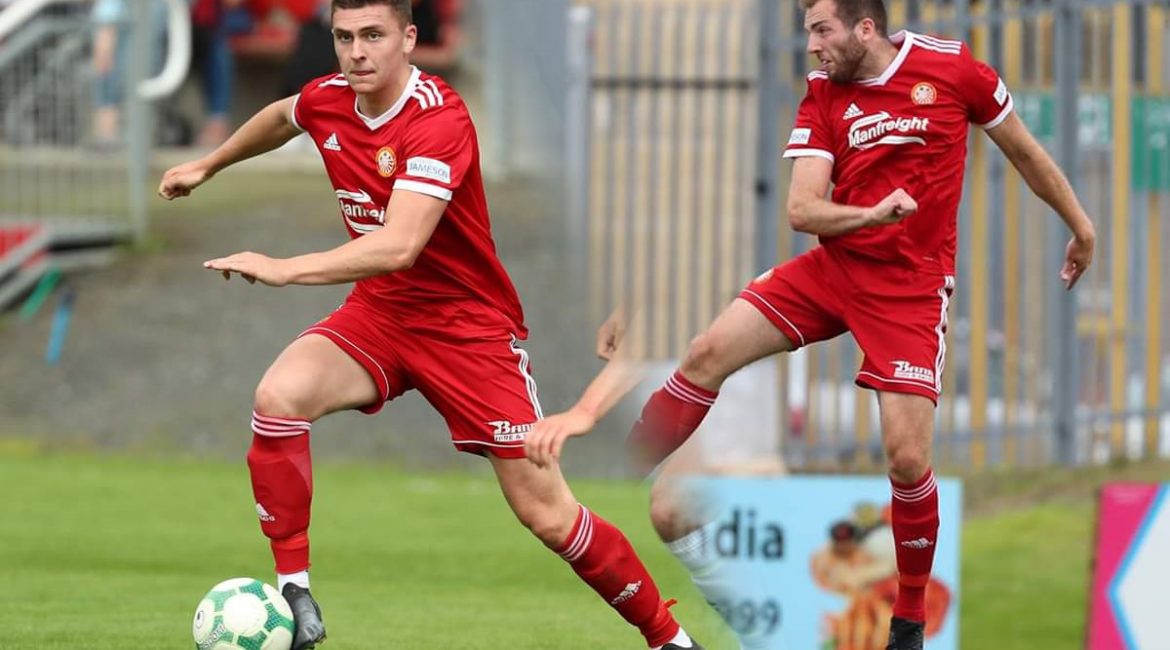 Portadown Football Club is delighted to confirm that Adam McCallum & Stephen Teggart have both signed new two year contracts at the club which will see them remain at Shamrock Park until 2022.

22 year old McCallum from Lisburn extends his stay at Shamrock Park after arriving in the summer of 2017 from Linfield. A commending and no nonsense centre back Adam made his Portadown debut against Larne in our Championship opener in August 2017 and is one of only two players remaining at the club who started that game.

Ports boss Tipton had the following to say on Adam extending his contract:

Adam McCallum has been super for us since the day I came to the club. As a centre half he already has plenty of experience under his belt & I feel he will only get better in the Premiership.

22 year old Banbridge native Teggart signs a new two year deal after arriving in the summer of 2019 from Newry City AFC after previously being at his home town club Banbridge Town. An ever present in the Portadown midfield last season Stephen made his debut against Loughgall in August 2019 and went on to make 30 appearances scoring 2 goals.

Matthew Tipton, happy at securing Stephen for a further two years had the following to say

Stephen has brought us so much with his game. He has endless energy & work rate that enables us to play a variety of ways. At 22 he has a good number of games behind him now as well as a season in the Premiership & can only continue to grow with us & I’m delighted to see him stay & enjoying his time with us.