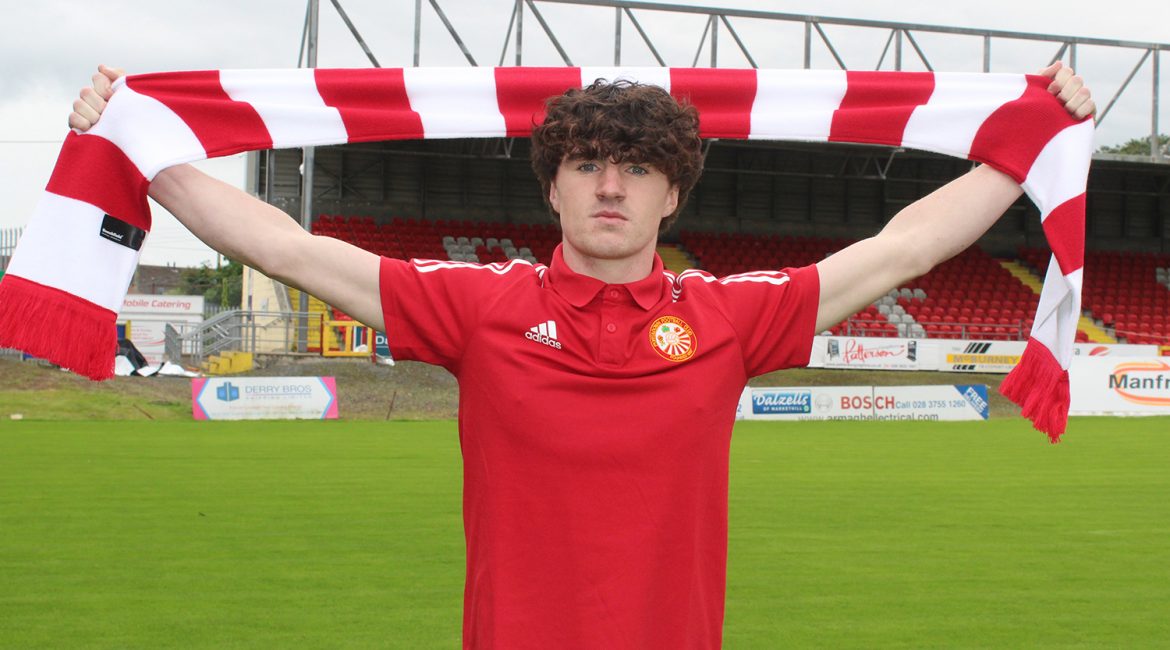 Barney returns to familiar surroundings at Shamrock Park after being part of Portadown Youth from the age of 12 after joining from Camlough Rovers before signing a two year scholarship with Everton in 2017 at the age of 16. He had played for Everton in various tournaments across Europe before signing his scholarship at Goodison Park and was one of only 14 players to be offered a scholarship by the Merseyside club in 2017.

McKeown, from Camlough, was part of the JD Club NI, the IFA’s elite development programme between 2013 and 2017 and has played for Northern Ireland schoolboys and U17s.

Barney spent last season at Newry City AFC after returning home from Everton and is another sign of manager Matthew Tipton’s youth philosophy as he continues to strengthen his squad ahead of the new season.