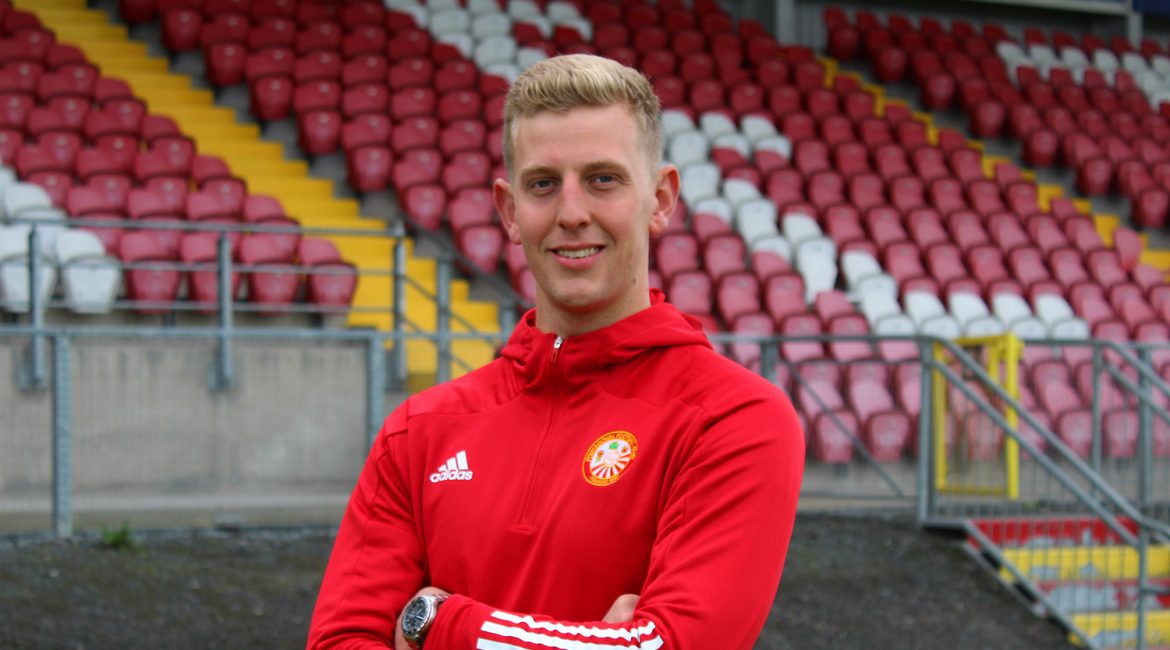 Portadown Football Club are delighted to announce that English-born goalkeeper Ben Pierce, has put pen to paper and extended his stay at Shamrock Park by another year, keeping him with the club until the end of the upcoming season.

The 21-year-old, previously of Everton, Manchester United and West Brom, signed for Portadown in January 2020 but made an instant impact at the business end of last season making 5 appearances and keeping 2 clean sheets to help keep the Ports at the top of the table.

Ben Pierce statement on signing a new contract with Portadown:

“After sitting down with Tippy, the challenge of playing in the Premiership really excited me as every player wants to play at the highest level and it’s great having a manger and staff who believe in you. For me to be part of this was a fantastic opportunity again. When I signed from the first session all the boys and the staff made me feel so welcome and being part of what this great club wanted to achieve made it all the more enjoyable and to be able to play in front of the amazing Portadown fans at Shamrock Park who gave me unbelievable support since my debut against Knockbreda. I’m looking forward to the challenge of playing in the Premiership and playing against the best teams in the country which will only help me improve and in looking forward to giving my all for the club, staff and supporters for us to go and enjoy next season back in the Premiership where this amazing club rightly belongs.”

Manager Matthew Tipton also made a statement about the extension:

“I’m delighted to say that Ben Pierce has agreed to extend his stay with us for another season. Everyone knows how hard we had to look for a goalkeeper not only last summer but then again in January & when we landed Ben outside of the transfer window it was a massive coup for us. He then proceeded to show us in his short time that he has all the attributes to be as top class as his young career CV shows. So, to be able to maintain his services for another season delights me greatly & I hope he continues to grow as a goalkeeper with us.”