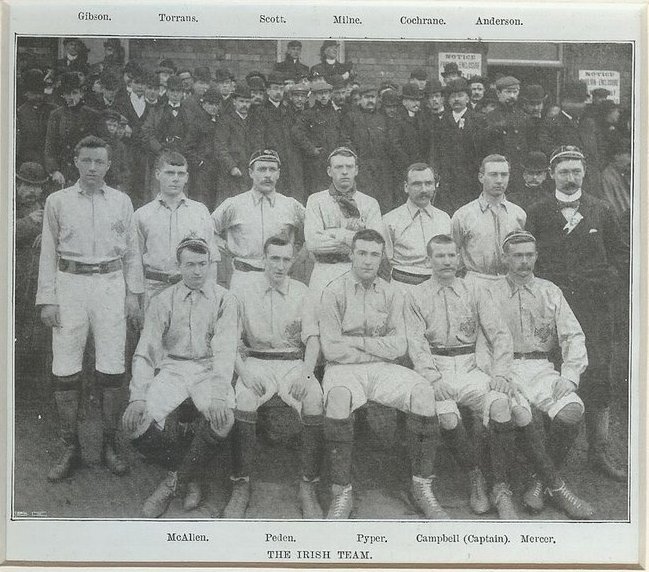 When it comes to football history and statistics you cannot always take everything you read at face value. The records for Irish League representative appearances show that William Anderson was capped twice while playing with Linfield in 1906 and 1910. 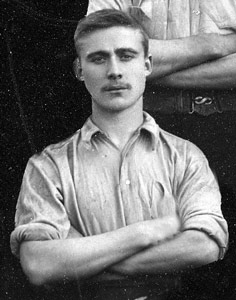 William “Billy” John Stewart Anderson was born in Hollywood Co. Down on 14th February 1877. His career details show that he joined Linfield in 1896 winning three international caps for Ireland in 1898. Billy left the Blues in 1898 to join Cliftonville, winning a fourth cap in 1899. In 1903 he rejoined Linfield where records show in left the club in 1908 having won an Irish League representative cap in 1906 against the Football League. His Linfield career brought great reward with 5 League titles, 2 Irish Cup, 2 City Cup, 3 Co. Antrim Shield and a Charity Cup winners medal. He won a further Irish Cup medal with Cliftonville.

Records then indicate that William Anderson won a second Irish League cap while with Linfield in 1910. At face value this all looks fine, but it was while researching the career details of another player by the name of Albert Anderson with Portadown that I came across information that confirmed that there were in fact two William Andersons. 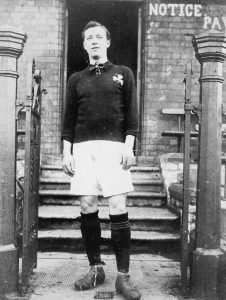 The timeline up to 1908 was correct but I unearthed information which showed that William John Stewart Anderson joined Portadown after leaving Linfield in 1908. By this time Billy was 31 and approaching the end of his career. In 1909/10 he won a Mid-Ulster Cup winners medal but he missed the last game of the season as he was turning out for Portadown Cricket Club. His form was dipping badly and he made his final appearance for Portadown FC in September 1910.

That then raised the question, how is he listed as making a second Irish League appearance as a Linfield player in October 1910? Had he returned to Linfield at this late stage in his career?

Further research provided the answer and confirmed that the Billy Anderson that is recorded as winning two league caps is in fact two different players. In May 1910 Linfield signed a young half back from Belfast Celtic by the name of William John Anderson, born in Lurgan in 1885. It is this William Anderson that was capped in October 1910.

Proof therefore that even official records can not always be relied on to be 100% accurate.

WJS Anderson remained in Portadown living at ‘Martello’ Ridgeway Park, and he became manager of the Tavanagh Weaving Company succeeding his brother Frank.