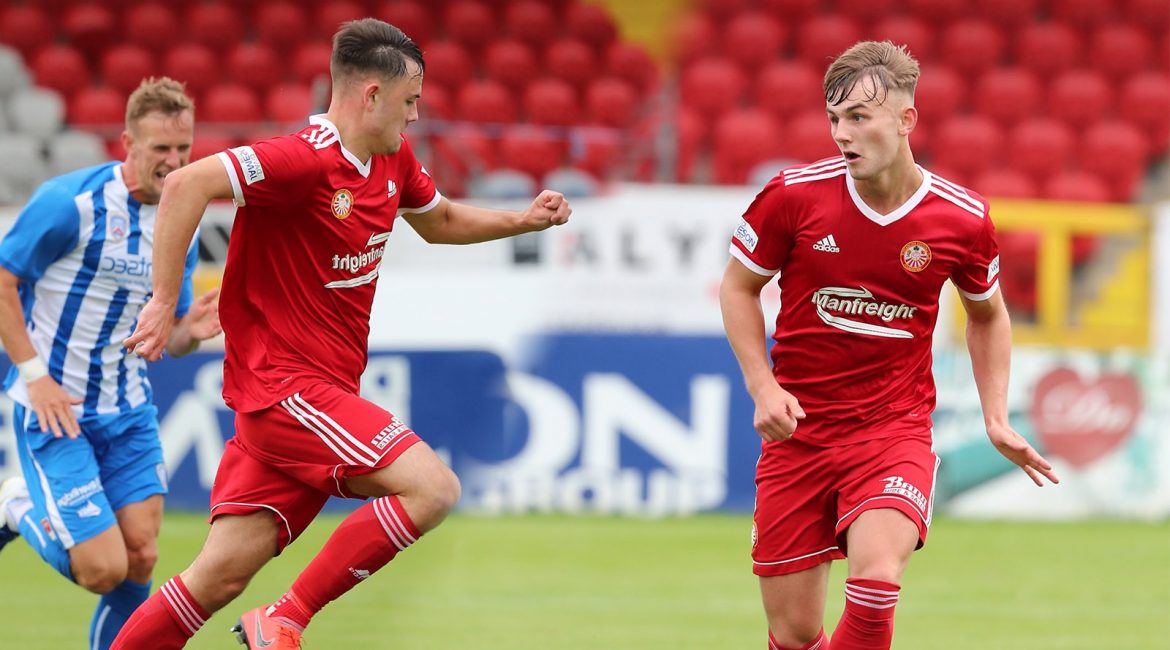 Portadown FC is delighted to announce that two young talents in Callum Ferris and Liam McKenna have both committed their futures to the club.

Striker Ferris has came up through the ranks at Portadown FC Youth before becoming the youngest player to score in a Ports shirt when he slotted home a penalty against Ards in April 2017. Scoring 5 goals last season the young frontman has looked dangerous in his spells on the pitch and he will be hoping to kick on and push for more game time this coming season.

Midfielder Liam McKenna played a key role in the promotion campaign, making 18 appearances in the heart of the midfield or deputising at left back when needed, the high energy young midfielder will be looking to progress again in his third season with the Ports since signing from Warrenpoint Town.

Matthew Tiption had this to say about the two re-signings:

I’m delighted with both of the lads agreeing to stay.

Liam we feel can only get better & as a left back he can really develop his game & make us stronger in that department as well as offering us the option of playing him in midfield.

Callum is a bright young talent & we seen last year that on his day he’s a handful for defenders. We now have to add consistency to his game as a young centre forward & get him to replicate his U20s form for us at first team level.