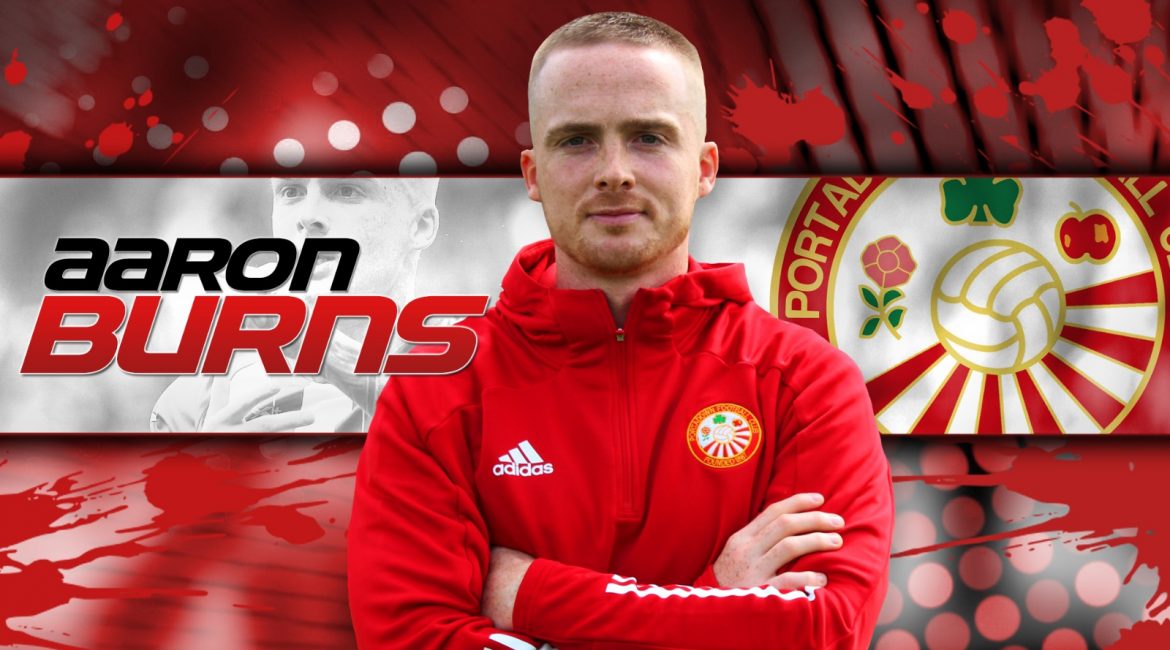 Portadown FC is delighted to announce the signing of 28-year-old Aaron Burns. The left sided player returns to Shamrock Park having spent time at the Ports in the 2012/13 season under Ronnie McFall, going on to having spells with Linfield, Coleraine and Ballymena United.

The Banbridge local will be no stranger to teams in the Irish Premiership having won titles with Linfield and an Irish Cup triumph with Coleraine. The Ports management will be keen to get the talented wide-man in to bolster the squad ahead of the return to the top league in Northern Irish football.

This caliber of player doesn’t come around too often, we believe Aaron can add a lot of ability to the squad as well as experience and winning mentality. Really pleased to get Aaron on board and looking forward to seeing him in a Ports shirt.

Welcome back to Shamrock Park, Aaron.