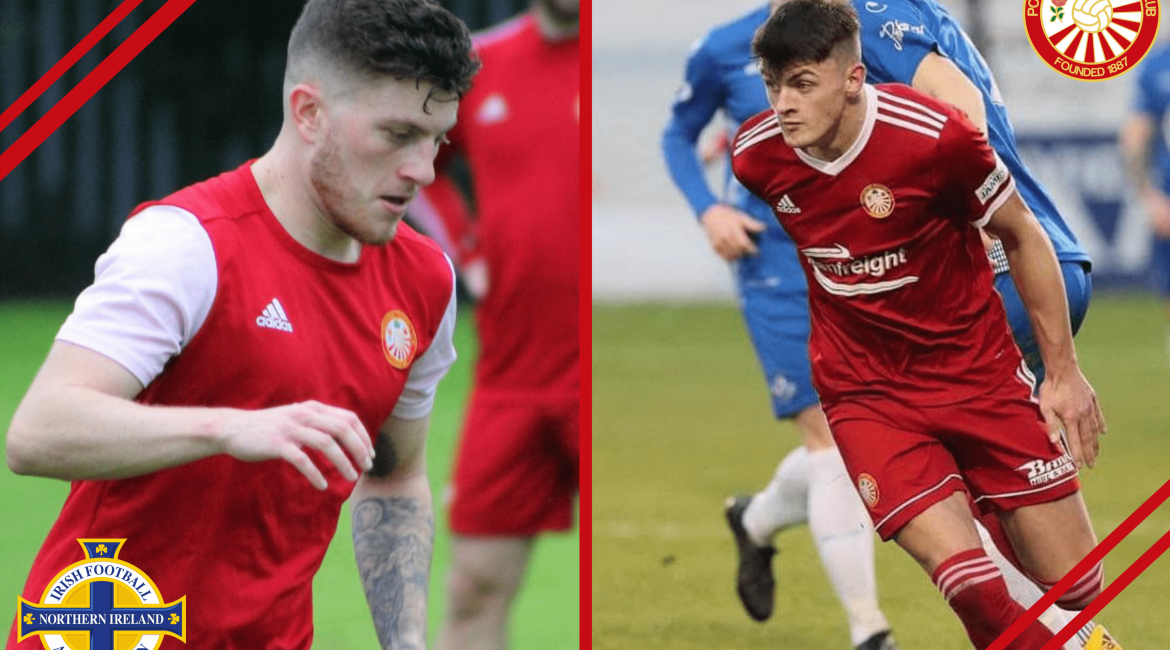 Portadown duo Lee Bonis and Nathan Kerr have earned call ups to the Northern Ireland u21 squads for their matches against Malta and Denmark next week. Caretaker NI u21 Manager Andy Crosby has named a 22 man squad as they leave to play Malta on Fri 4th Sept before returning home to face Denmark on Tues 8th Sept.

Striker Lee Bonis has had an amazing year, where he made his return to the Ports from playing Mid Ulster football and becoming a revelation in the Championship winning season, scoring 19 goals to push the Ports to the title. Nathan Kerr is a recent signing for Matthew Tipton and has been capped at NI u21 level previously, the defender will be looking to continue his international career after a spell out with injury.

Congratulations to both Lee and Nathan from all at Portadown FC.