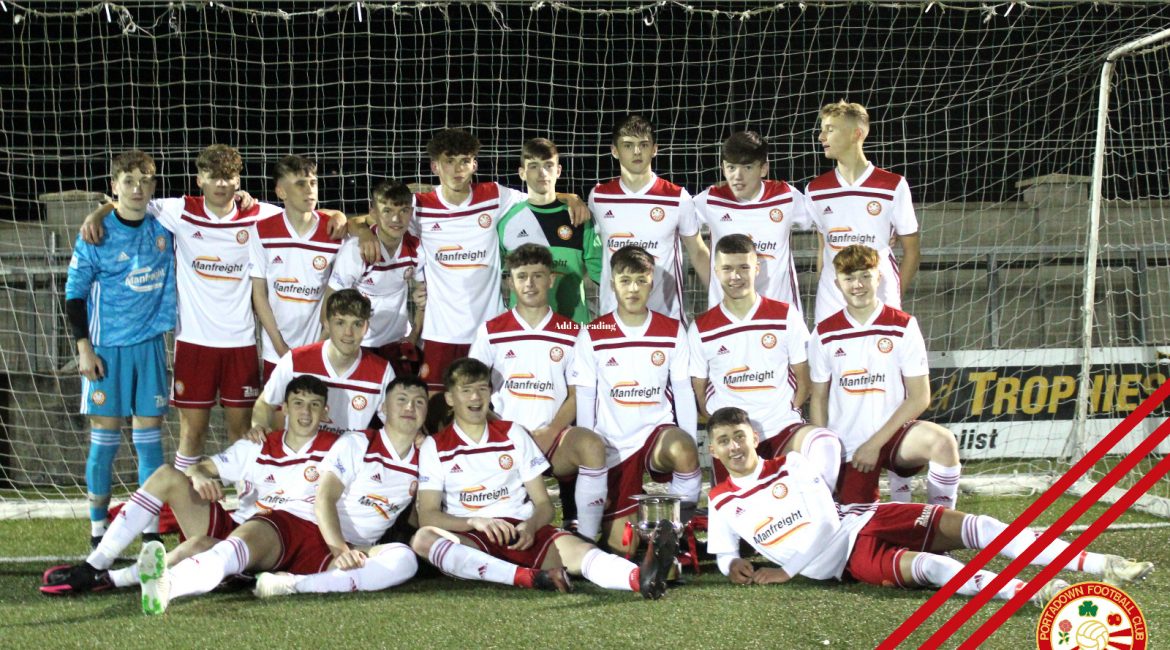 Last Friday night the Portadown u18s finally got to play in their 2019/20 Mid Ulster Youth League Cup Final against Dungannon Swifts u18s. In a replay of the previous seasons showpiece final, where the Swifts ran out victorious, revenge was on the cards for the young Ports side. A very youthful Ports side took the field against a talented Swifts side and it showed in the first 15minutes as the Swifts started on the front foot, a wonderful save from young Ports keeper Rian Brown to kept the scores level before a corner was swung in and some pinball inside the box seen Swifts defender Adam Glenny bundle the ball home to take the lead. 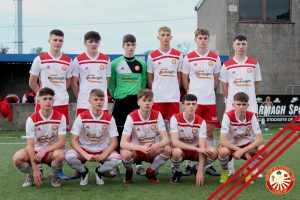 It wasn’t long until the Ports got back on level terms as ranger striker James McCammon was played through into the box, cuts back to beat a defender and finished well under the onrushing Conor Byrne in the Swifts goal. Both teams created half chances and will fell like they could have nicked the next goal but it was right a the death when the Swifts thought they sealed the winner, a well worked move around the edge of the box seen James Teelan find some room and he was able to spin and finish well into the bottom corner.

A sucker punch for the young Ports side to concede so late in a cup final but this team aren’t the type to throw in the towel, despite there only being seconds to play, straight from kick off the ball was played high into the opposition box where two substitutes linked up, Mickey Wood winning an impressive header that Oisin Ginesi latched on to and was brought down by a panicking defender that left the ref with no option but to point to the spot. The drama wasn’t finished as Ports captain Oisin Conaty stepped up to take the spot kick, his initial effort was saved but he nipped in before the keeper to poke home the rebound…….but the referee had already blew his whistle, having adjudged the keeper to have came off his line before the penalty was struck, penalty to be retaken. Conaty settled his nerves and went the opposite side to score a dramatic late equaliser and send the game to extra time.

Both teams created half chances within extra time but Swifts came the closest as they hit the crossbar with a back-post header but only penalties would separate the two sides in what was a enthralling encounter. The first to step up was Dungannon Swifts but Brown in the Ports nets was able to pull off a low stop to get the Ports off to a great start. Conaty, McCammon, Ginesi & Reece Jordan all finished their penalties well which left it up to Wood with the deciding penalty to win the final and the young forward did just that, tucking his penalty just out of the reach of Byrne to spark celebrations for the young Ports. 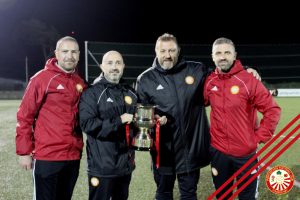 Congratulations to all the young players as well as coaches from all at portadownfc.co.uk

Highlights of the game are available from 1880 Video Productions