Ports Get Their Guy on Deadline Day 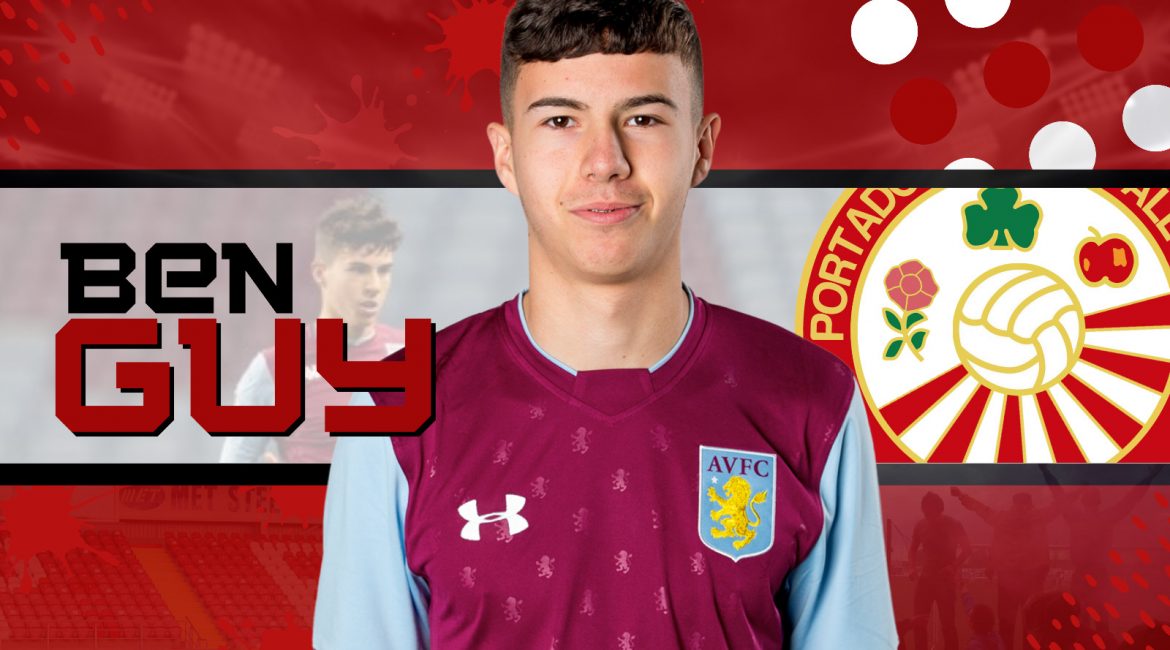 Ben joined Aston Villa as a 8 year old coming through the ranks at Villa Park with their Under-18 and Under-21 teams before becoming a key component of the Villa Under-23 squad during the 2019/20 season making 12 Premier League 2 appearances and scoring once as Villa finished seventh. So far this season he’s made two appearances for Aston Villa U23’s and was a second half substitute in their 1-0 win over Crystal Palace last Friday evening.

Ben spent the second half of last season on loan with a team familiar to Ports fans, Belper Town, who play in the Northern Premier League Division One South East and made two appearances for them after arriving in February before the league was cancelled due to the Covid-19 pandemic in March.

Ben had this to say on his move to Shamrock Park

Ports manager Matthew Tipton also spoke about Ben’s signing this evening and had the following to say:

Ben Guy is coming into us on a season long loan from Aston Villa. Ben is a midfielder that can both sit in front of the back four or play further forward.

We are delighted that both he and Aston Villa have entrusted us to further his football education and we are looking forward to working with Ben.

I must place on record my thanks to Dave for all his groundwork in getting the ball rolling with this transfer & also to Andy Rhodes from YMU group for all his assistance over the past few days.

Another young, exciting signing by the manager as he readies his squad ahead of the big Danske Bank Premiership kick off against Mid-Ulster rivals Glenavon on Saturday 17 October.