Tipton adds Healy to the ranks 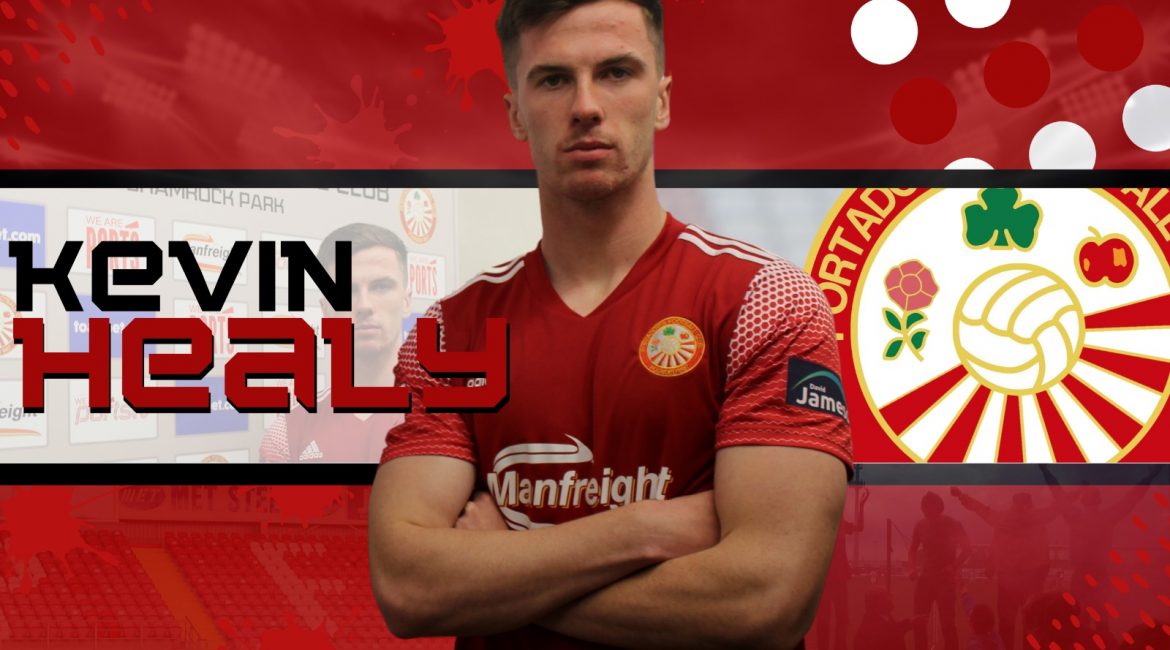 Portadown Football Club is delighted to announce the signing of Irish defender Kevin Healy on a 1 year deal subject to international clearance.

Healy, aged 20 from Swords, played for Dublin club Belvedere FC before making the move to West Bromwich Albion at the age of 16 in July 2016 going on to become a regular in both the West Brom U18 & U23 teams in their respective U18 Premier League and Premier League 2 campaigns, he also represented the Republic of Ireland at U18 level during his time at the Hawthorns before his release in June 2020.

Kevin, who will wear number 24, played as a trialist on Saturday and notched himself a goal in Portadown’s victory over the PSNI and obviously done enough for manager Matthew Tipton to move and secure his signature and here’s what the Ports manager had to say on Kevin’s arrival:

Whilst the transfer window closed last week it doesn’t mean that our work is done when looking at players & Kevin Healy actually approached me due to one or two deals falling through for him in England & Scotland.

Firstly I liked the fact that at 20 years of age Kevin done the calling to us not through an agent which showed me he had a maturity as well as a desire to come into our club.

Secondly players of Kevin’s pedigree don’t come along too often especially within our budget so to be able to get him in I must praise both him & the board for facilitating this deal.

Finally Kevin is a superb footballer, 6 foot 3, left sided centre half with 4 years at West Brom behind him. I’m now excited to get to work with him & hopefully this move is beneficial for both Kevin & ourselves.

Kevin’s signing has come too late to enable him to make his debut tomorrow but it’s hoped he will figure in next Saturdays game against Coleraine. 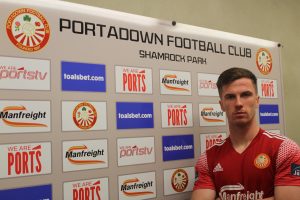 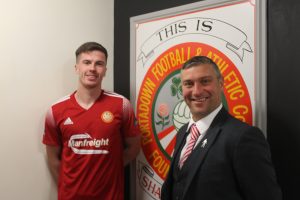