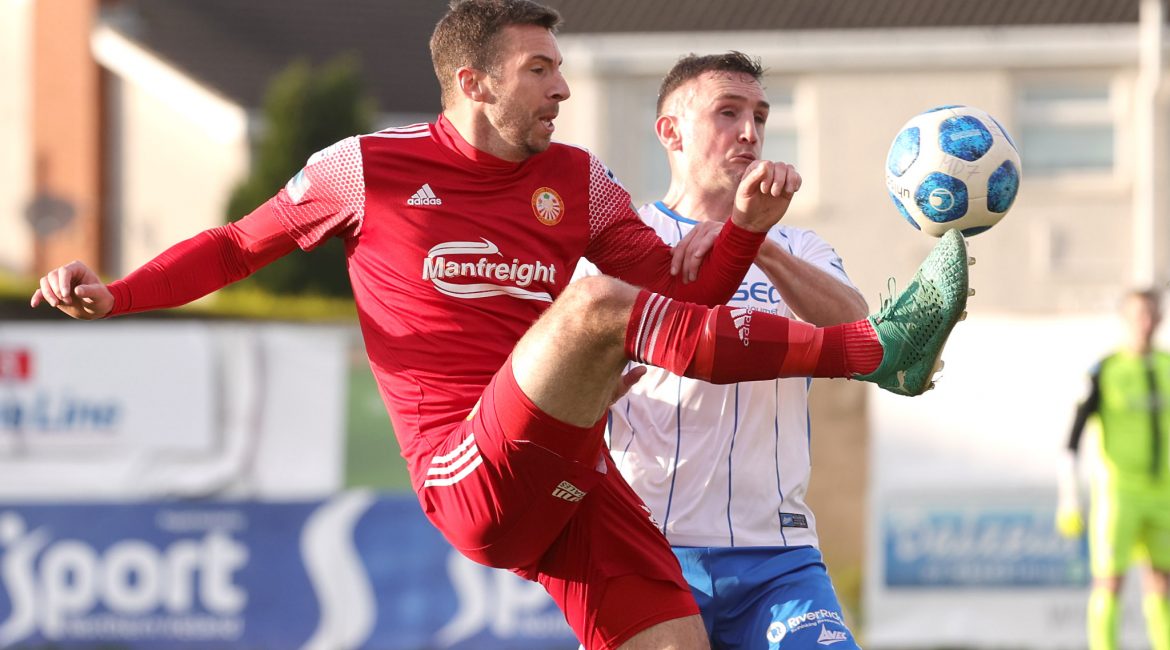 Portadown are back on their travels tomorrow as we make the trip to Milltown to take on Warrenpoint Town in the Danske Bank Premiership, Warrenpoint Town will be buoyed by their victory last weekend away to Dungannon Swifts while the Ports are coming off the back of a 3-0 home defeat to Coleraine.

The last time the two clubs met was in the semi final of the Mid-Ulster Cup in December 2018 with Warrenpoint Town running out 3-0 winners. Prior to that you have to go back to August 2015 for Portadown’s last victory over Warrenpoint, a 2-1 win at Shamrock Park thanks to goals from Gary Twigg and Keith O’Hara. In fact Warrenpoint have won the last five meetings between the sides in all competitions with the men from Shamrock Park still waiting to pick up their first ever competitive victory at Milltown and to add a further twist to proceedings current Portadown striker Stephen Murray has scored 4 goals for Warrenpoint in their last five games against Portadown.

Portadown manager Matthew Tipton and his assistant David Miskelly are of course no strangers to Warrenpoint after guiding them to Championship success and promotion in 2017 during a 15 month spell in charge before departing for Shamrock Park in February 2018, and Portadown’s connection with Warrenpoint doesn’t stop with the management team as Ports players Conall McGrandles, Ruairi Croskery & Stephen Murray have also all been on the books of the Milltown club.

Warrenpoint Town flirted with the drop during the 2019/20 season eventually finishing 11th, three points ahead of relegated Institute, following the mathematical formula used to determine the final league standings however they’ve been busy in the transfer market in an effort to improve on last season bringing in five new recruits – Scottish forward Matthew Knox, Colm Deasy from Finn Harps, Ryan Swan from Bohemians, Stuart Hutchinson from the PSNI & Kealan Dillon from Drogheda.

Scottish forward Knox previously played for Livingston, East Fife and Berwick Rangers and became the youngest player in Livingston’s history when he made his first-team debut against St Mirren, just four days after his 16th birthday, along with Warrenpoint talisman Alan O’Sullivan both will need a close eye kept on them by the Ports defence on Saturday.

Whilst last weeks result was not what we wanted we now look forward to visiting Warrenpoint with hopefully a few lessons learned from the game with the main one being in this league we can’t afford to not be “at it” for 100% of the time.

I know our fans will be looking forward to the trip to Milltown as it might be the only away ground they get to visit & I’m certain our numbers will be high tomorrow with hopefully the backing to match.

A brief update on injuries for the fans:
Ben Guy is recuperating in Birmingham after surgery on his hand & we’re not likely to see him for 6-8 weeks from now.

Stephen Teggart came off last week with a recurrence of a hamstring strain that we thought he’d got over but it just shows that all the training in the world doesn’t compare to match intensity.

Barney McKeown has a variety of problems all linking to his hip & is visiting a specialist this week.

Callum McVeigh has been struggling with his knee since Comber Rec pre season game. He thought he was ready to train but instantly in warm up he collapsed & it’s a torn medial ligament so likely to be out for 4-6 weeks.

All 4 are now going to have to put their trust in the rehab skills of Chris Loughran & work hard to regain fitness.

Adam Salley should be available after joining in for past few sessions as should Luke Wilson after his sickness bug last week while Kevin Healy’s international clearance has come through meaning he also comes into the reckoning.