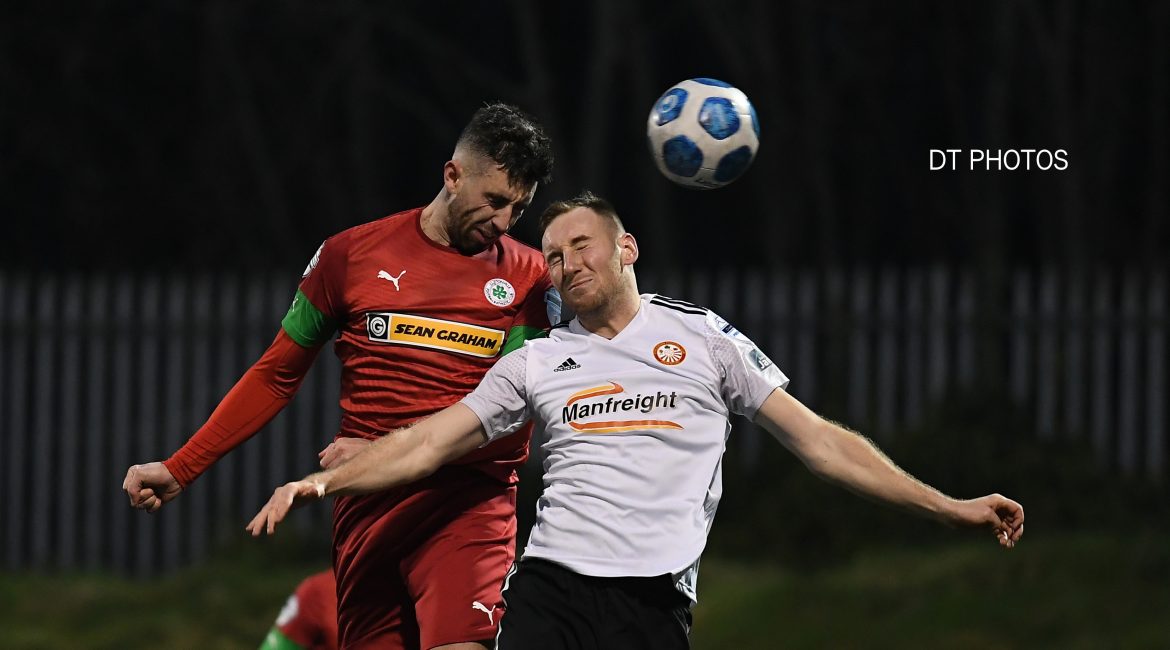 A hat trick from Michael McCrudden and two goals from Daire O’Connor sealed a 5-0 dominant win for Cliftonville in what was a disappointing display for Portadown.

In a dominant first half from the hosts, Ports keeper Scott Pengally had to be alert to deny a low Aaron Donnelly free kick on the 7th minute before Portadowns only real chance came in the first ten minutes when a poorly hit pass from Cliftonville keeper Richard Brush saw Ruairi Croskery brought down on the edge of the box by Garry Breen, with the resulting free kick being deflected for a corner which was subsequently cleared.

On the 18th minute Connor McMenamin capitalised on a poor pass from Ports keeper Scott Pengally to square the ball to Chris Curran before being intercepted by Barney McKeown.

The opening goal of the game came when Michael McCrudden found space and capitalised on a defensive mix up at the back to open his account for the season and Cliftonvilles for the afternoon.

The hosts were piling on the pressure with Ports defender Paul Finnegan clearing a shot off the line at the half hour mark before Cliftonville doubled their lead through Michael McCrudden again when Ports keeper Scott Pengally spilled his shot from the penalty area.

The second half saw a continuation of the sustained pressure from the hosts in the first half who were awarded a penalty on the 58th minute when Chris Curran’s shot came off the hand of a Portadown defender before Michael McCrudden stepped up to make it 3-0 and secure his hattrick.

The home side remained dominant throughout the rest of the second half before being awarded a second penalty in the 84th minute when Joe Gormley was brought down in the box. Gormleys penalty was tipped onto the post by Pengally before Daire O’Connor blasted in the rebound to add a fourth.

Several minutes later O’Connor added his second and Cliftonvilles fifth curling a shot from distance into the bottom corner of the net.